My time in Sulawesi was now drawing to a close, and me and my travel-buddy Roy had just parted ways: he was destined for Sri Lanka, whereas I still felt like I was not finished with Indonesia just yet, so I was heading for Sumatra.

Now a solo traveller, I had three days to wait for my flight. I decided to spend them in a little town called Tomohon. 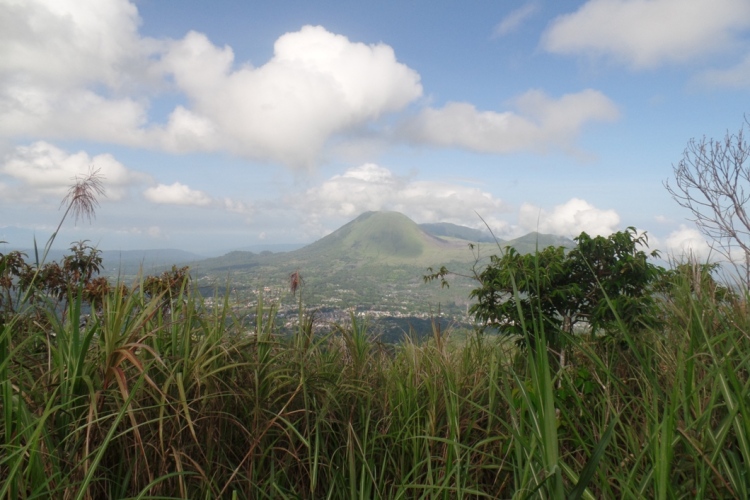 I stayed in a place called Volcano Resort, which was situated at the base of Mount Lokon and set around some very pretty gardens.

So, I had: stunning views of the nearby volcano, a cabin all to myself, cool mountain air, and some peace and quiet (apart from the constant birdsong, but I didn’t mind that). The only thing that I was missing was some wheels.

Which the very helpful lady running the resort kindly found for me.

Any visions I may have had of me seeming all man-like roaming around on a motorbike were squished when I asked for a crash helmet and was handed the Pink Power Ranger’s headgear.

But safely first, and all of that. The next morning I set off.

My first destination was Mount Mahawu, which had a very impressive crater. I walked around the rim and was rewarded with a great panorama.

I then made my way back down the mountain and got lost for a while. But in a good way: I roamed around lots of villages. The people were all very friendly and the hills were blanketed with farms and greenery.

After eating a quick lunch at a warung, I then went to Linow Lake, which was a vivid green colour and had lots of bird life. 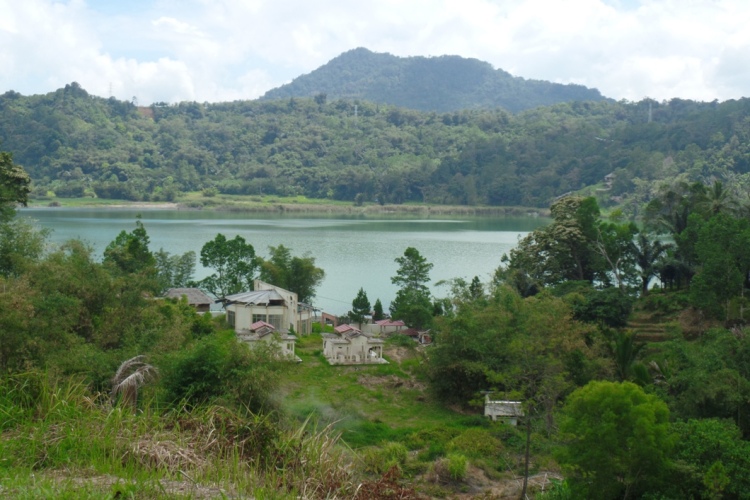 I tried to walk a full circuit around it, but found myself having to turn back three-quarters of the way in by a rather obnoxiously placed fence. Not matter. I walked back around, and got onto my bike again.

Tondano Lake was next, and it was rather large (10,500+ acres). I started driving around it and was shortly heckled by a group of ladies I am guessing were having a hen do. Maybe it was just all the arak they were drinking, but apparently fairly average-looking white guys wearing Pink Power Ranger helmets are desirable in this part of the world, because they were very insistent that they have their picture taken with me and there was much giggling and blushing.

They tried to make me stay and drink with them, but I politely reminded them that I was driving and still had most of a lake to explore. I put my Pink Power Ranger helmet back on and started up the engine.

Tondano Lake was very beautiful, and I passed through many small hamlets and villages along the way, stopping every now and then to take photos.

In the late afternoon I finished my circuit and turned my bike back towards Tomohon. I got back just in time to make a quick visit to its infamous market, where pretty much anything with four legs was on the menu. 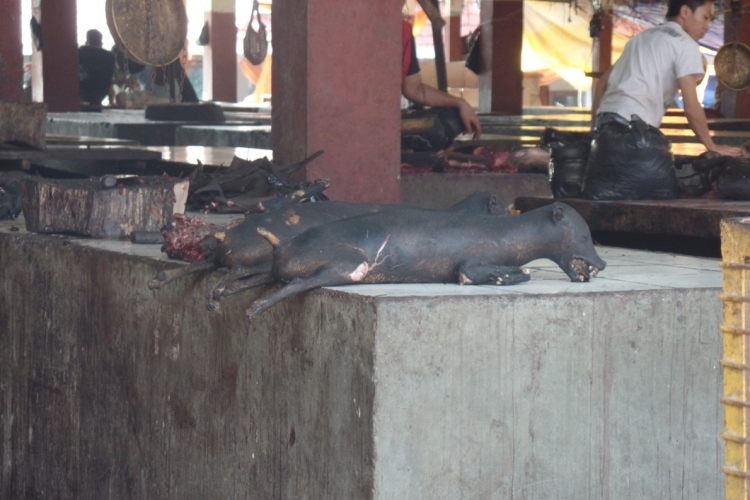 I had planned to climb Mount Lokon the next day, but after making an enquiry I was warned that I would be doing so at my own risk because the volcano was currently active. It last erupted less than a month ago, and was smoking only yesterday.

So I decided it would probably be wise to give it a miss. Instead, I spent a day relaxing in the lovely gardens at Volcano Resort, watching the birds, reading a book, writing this blog.

Tomohon was a wonderful way to finish off my time in Sulawesi.

More photos can be found here.