After my road trip up through Ruta 40, I was dropped off at the border of Chile which I needed to cross to continue my journey through Patagonia. Once my passport was stamped, there were 10 kilometres of no man’s land to get through but I was soon picked up by a friendly family willing to give me a ride.

Once stamped back in, I stayed that night in Chile Chico, a small frontier town on the banks of Lake General Carrera. The boat left the next morning, so I packed away my tent early and got on board.

When I reached Puerto Ibáñez a few hours later, I was a little worried it would be difficult to get to Villa Cerro Castillo as there were no direct public transport links, but I was on the Carrera Austral, after all – an area famous for hitchhiking – so I stuck my thumb up again and, true enough, it only took a few minutes for a friendly soul to pick me up.

I arrived in Villa Cerro Castillo still with plenty of time to make the trek up to Laguna Castillo that day. It was a relatively short hike but very steep and it was also extremely foggy. At one point during my way up I couldn’t see anything more than ten feet away because the mountainside was so covered it mist, and I began to wonder if there was any point, but suddenly the clouds lifted and I caught a view of the valley. 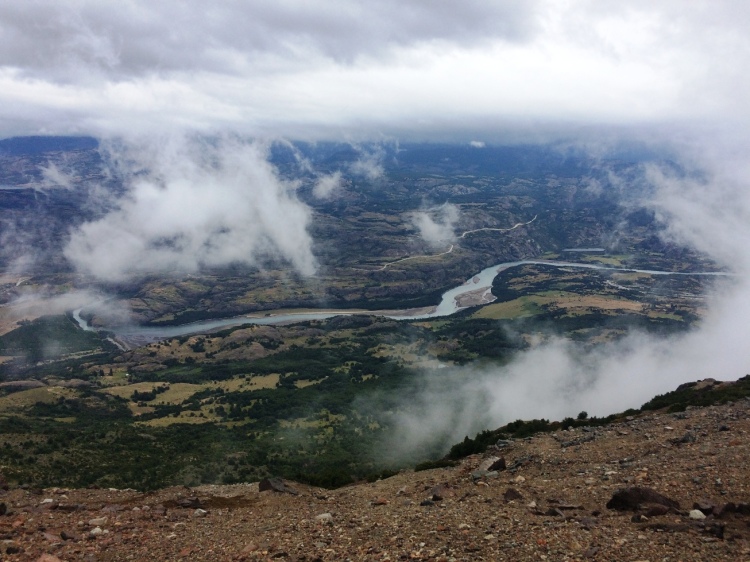 And then, shortly after, I reached the viewpoint for Cerro Castillo itself but it had grown foggy again, so I had to wait for a while for it to clear before I saw it. 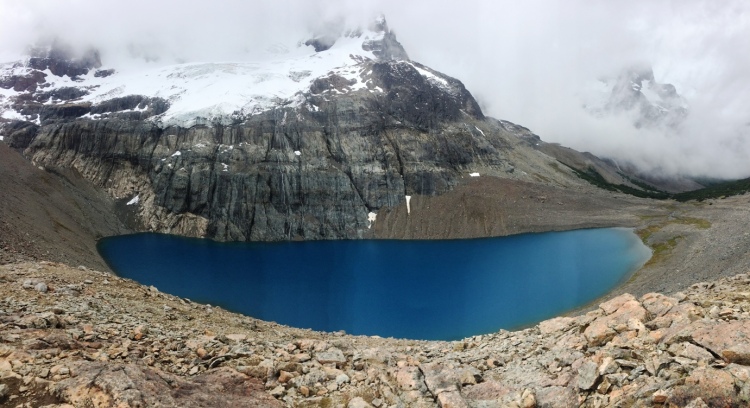 I never got to see its famous spires though, as that is where the cloud-line was that day, but I did get to see its glacier, waterfalls, and beautifully blue lake. Here is a video. 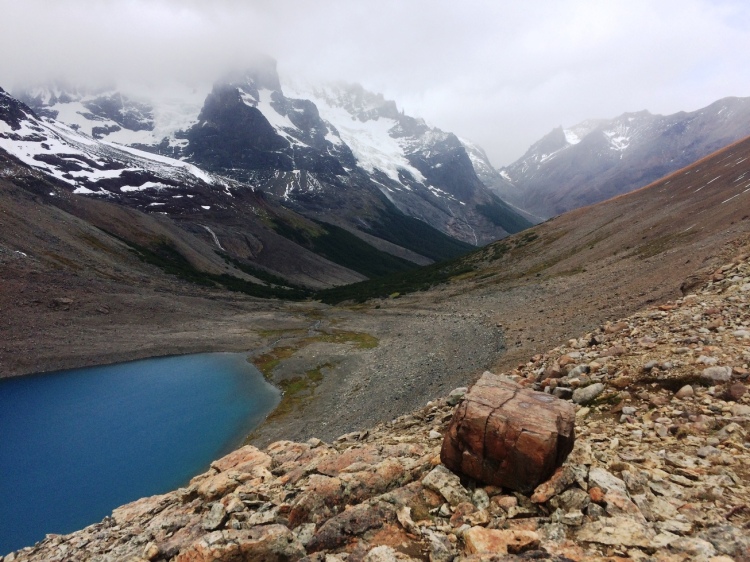 I left the following morning for Coyhaique, the biggest town in the whole of the Aysén region. There wasn’t all too much to see there but it did have a certain charm, being surrounded by dramatic mountains, and I treated it as a pit stop, staying in an actual bed after weeks of sleeping in my tent. I took it easy for a couple of days while I waited for my boat to Chiloe. 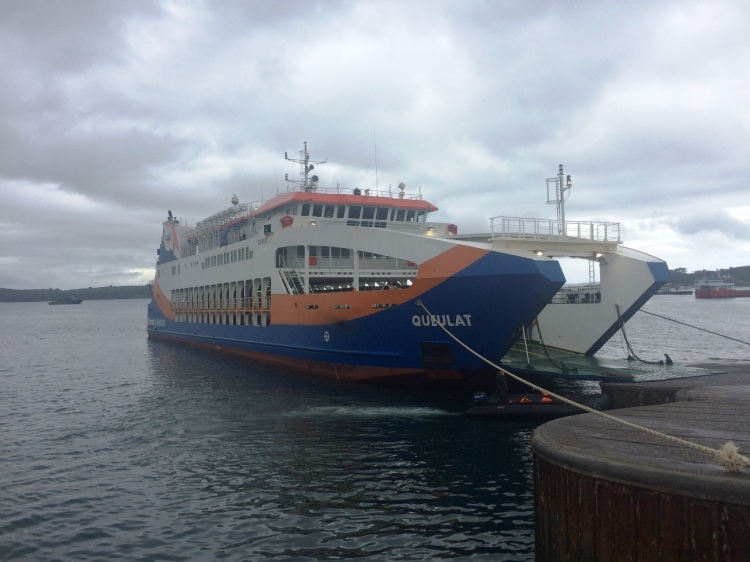 There are lots of boat cruises available in Patagonia but most of them are mega-expensive. The Naviera Austral, the one I took, is just a fraction of the price of the others because it is mostly intended as a supply vessel for a series small villages which exist along the coastal fjords and islets in Northern Patagonia. 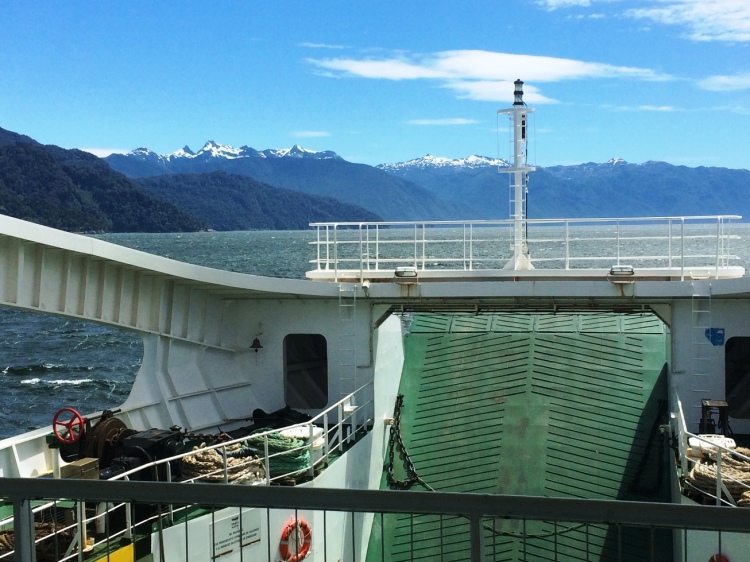 I was one of the only Gringos on board, as it is still a bit of a secret. I actually feel a bit guilty mentioning it on here, but it has already made it onto some other blogs and alternative guides such as Patagonia on a Budget so more people are catching on to it. I expect that, like a lot of things, it will feature in the next version of the Lonely Planet one day and the floodgates will open. A few years after that, they will introduce a dual-price system that charges foreigners more.

I enjoyed this journey very much. I had a window seat and they had big, shelf-like sills, so I spent much of the time sat in it, catching up on my blog, watching films, and reading as the scenery went by. As well as making the occasional walk up to the balcony for a better view and air. There were lots of stops along the way at quaint water-side villages. 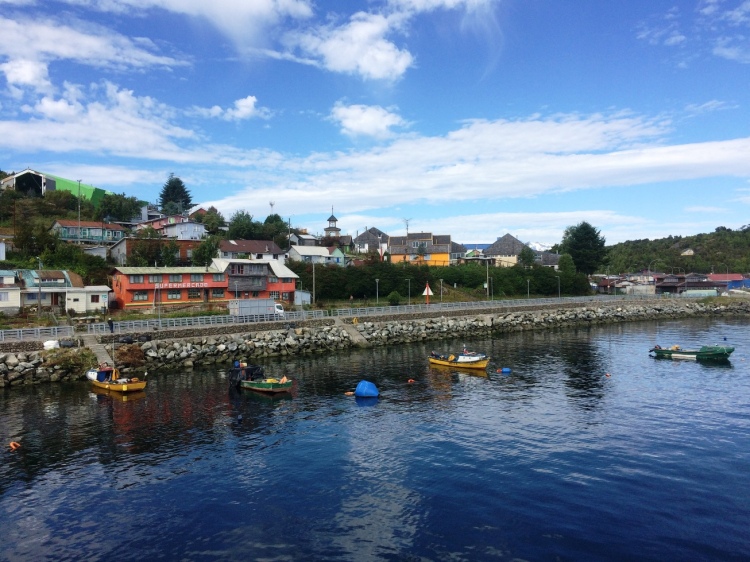 For people considering doing this, it can be booked here. I would recommend it. The boat is large, the seats are quite comfortable, the toilets are clean, and apparently, there is even a hot shower you could access by request, but I never bothered because the journey was just two days and a night. The only problem I experienced was that, while the cafeteria did provide food for reasonable prices, none of the savoury options were vegetarian. I cooked my own food with my stove and got away with at first but on the second day, one of the workers saw me making lunch and told me it was not permitted. We got into a bit of an altercation because I (quite rightly) told him they can’t expect to enforce rules like that if they can’t provide vegetarian food themselves, and we reached a bit of a stalemate.

For more photos from Cerro Castillo and the Naviera Austral click on the hyperlinks.