Fresh from trekking the Torres Del Paine circuit, I began to head north. The Antarctic region of Chile is disconnected from the rest of the country by road so I was forced to cross over the border into Argentina in order to continue my journey. This was something I was not upset about at all, as there are many awesome things to see in this region of Patagonia.

It did feel a little bit like I was cheating, being able to get right up close to such a marvel without doing any of the work. All it took was catching a bus from El Calafate and then I found myself at a park which had a series of boardwalks from which I could view a huge glacier from all angles.

As I walked around, every now and then I heard a rumble as chunks of ice fell from the wall of ice and into the lake. I managed to catch the aftermath of one on my camera which you can watch if you click here.

I also saw a pair of condors which suddenly, out of nowhere, swooped over me. I saw them from much closer than I did when at Cruz Del Condor in Peru, all those months ago. I was too awed to get my camera out to capture them. I just enjoyed the sight.

For future travellers to this place, here is a tip; you can enter the park for half price if you manage to find a ticket from the previous day, so ask around your hostel when you arrive in El Calafate. I was a little worried they would clock me as the tickets state your country of origin and mine said ‘Brasil’, but the woman who came onto the bus when we entered the park didn’t say anything when she was collecting money. It was quite hilarious though when she got back on a few minutes later with the printed tickets and asked everyone from Brazil to raise their hand and I – probably the whitest dude in the entire carriage – raised mine. She did look at me a little funny when she gave me my ticket but I just said, “Vivo en Brasil pero soy de Gales.” 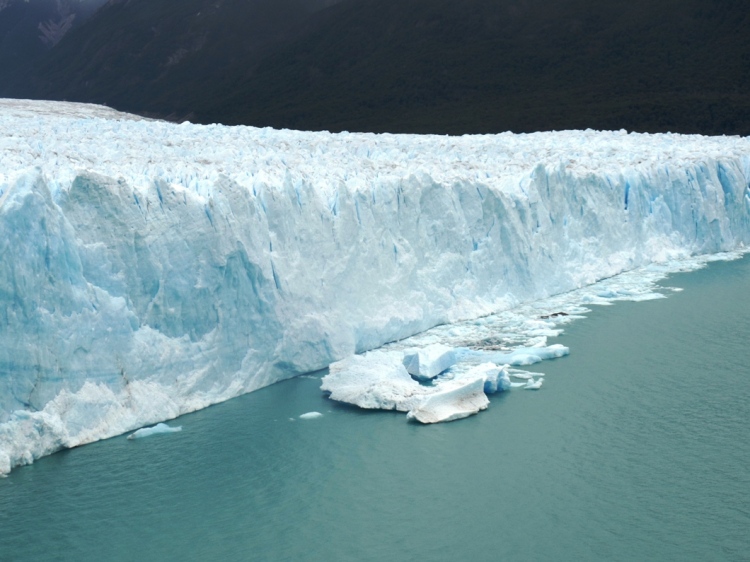 If you are hesitant to do this, just remember; they charge foreign visitors 700 Argentinean pesos (not much shy of $20) per person whereas Argentineans only pay 100 and they receive hundreds of visitors a day. When they are taking in that much money you know only a fraction of it is going to the preservation of the park and the other 95% is just gringo tax. To sum up how guilty I felt, here is a picture: 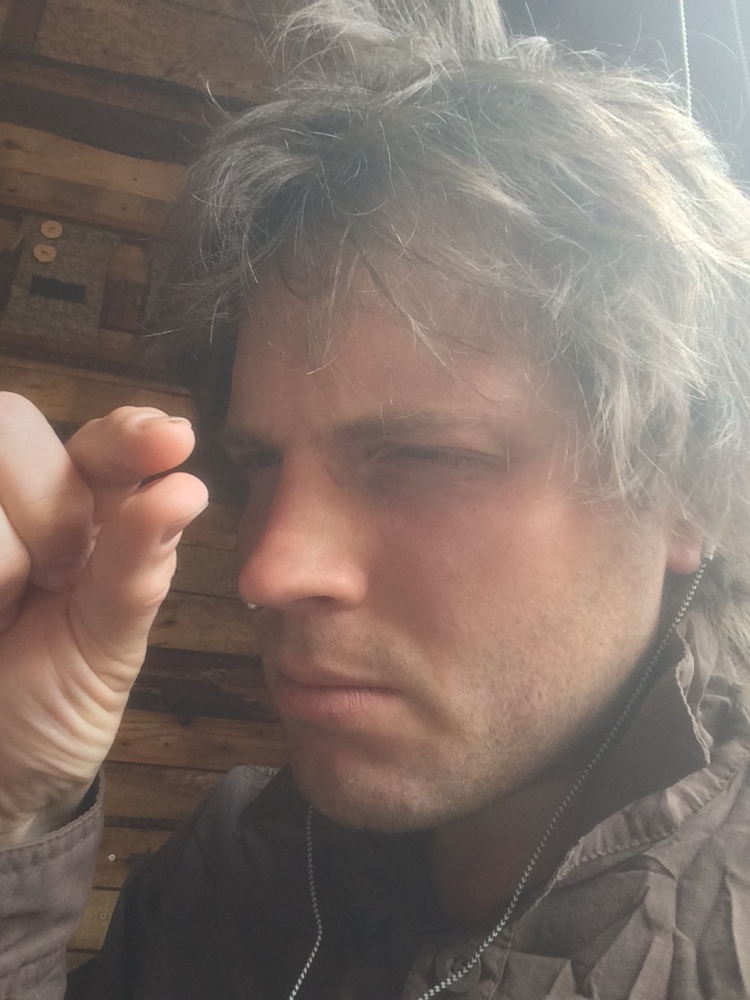 A few decades ago Argentina sensed a land dispute coming up so they threw a few houses and a street at a frontier to lay claim. It just so happened to get very close to one of Patagonia’s most stunning landscapes and thus, over the years, it has grown.

The day I arrived it was very windy, so I claimed a dorm bed into a hostel and had a wander around town, buying provisions and getting all my camping gear ready for the three-day trek I intended to embark upon known as the Fitz Roy & Cerro Torres Loop. 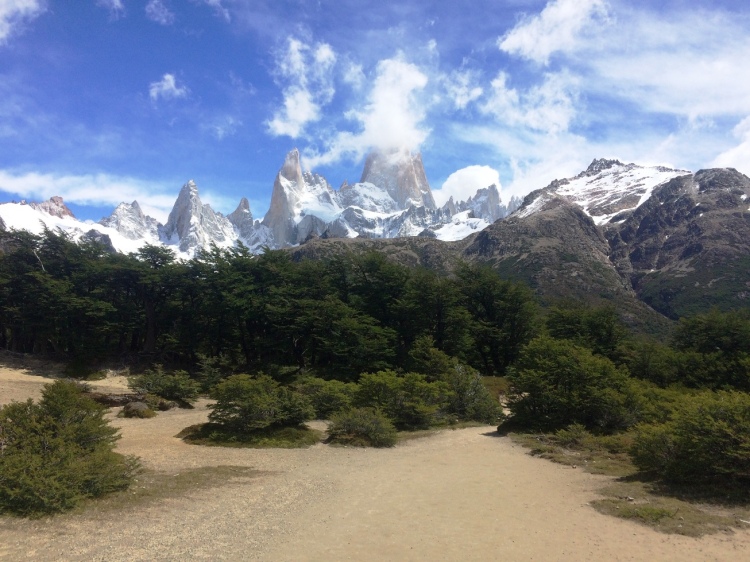 The weather cleared up quite nicely by the following morning and I set upon the trail.

It didn’t take me long till I began to start seeing stunning panoramas. When I reached the top of the first hill outside of the town, I could see the valley. 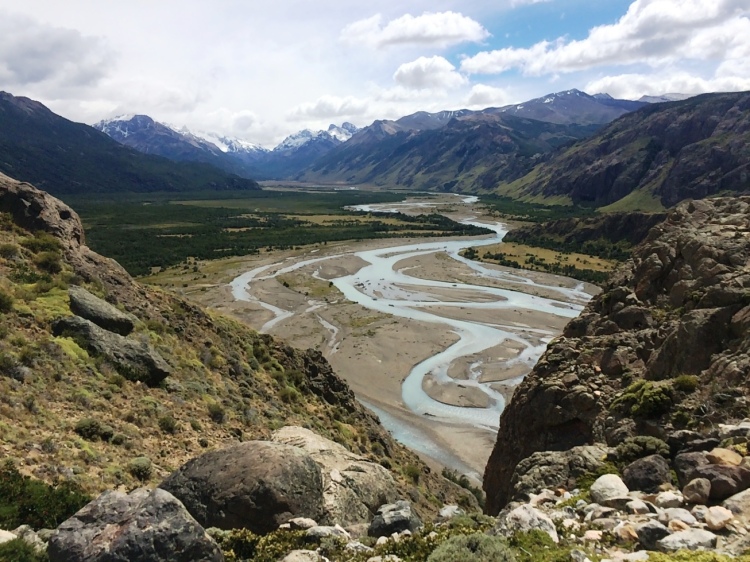 And, to the other side, the iconic Fitz Roy Mountains were in the distance.

They loomed before me for most of the day, as I got closer and closer, passing through forests, meadows, hillocks, rivers, and Lake Capri. 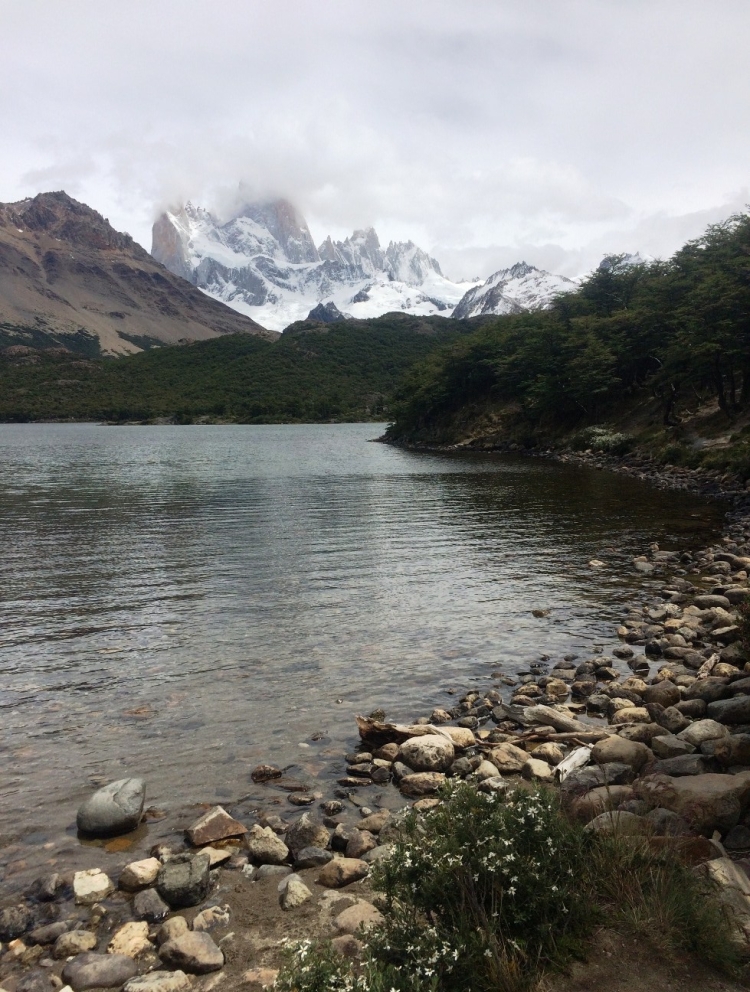 It was a gentle hike – certainly after doing the Torres Del Paine just a week ago – and I reached Poincenot campsite within just a few hours, where I set up my tent, made dinner, and spent the evening reading a book in my tent, feeling very content.

I woke up at sunrise and began my climb up to Laguna de Los Torres. It was steep but not too long and it only took about an hour to reach the top. When I first arrived it was cloudy, obscuring the view of Fitz Roy, but I waited and eventually, the sky cleared and the sun illuminated the peaks.

I walked back to Camp Poincenot and dismantled my tent. I was walking along a trail towards Laguna Torres that day. I passed through forests and several lakes – including a pair known as Madre and Hija – on my way.

It was as I was walking the final stretch to Camp Agostini that I bumped into Benjamin, a Swiss guy I had met a few weeks ago in Punta Arenas. We had a quick catch up and realised that we were both, over the next few days, heading in the same direction and he just so happened to have a car. We decided to meet up the next day to do the journey together.

I walked around Laguna Torres for a while, which was fed by a glacier of the same name and had icebergs floating across its surface. I was camping nearby that night so I also returned in the morning just after sunrise, but to be honest I thought it looked better in the afternoon so I didn’t take any more pictures. 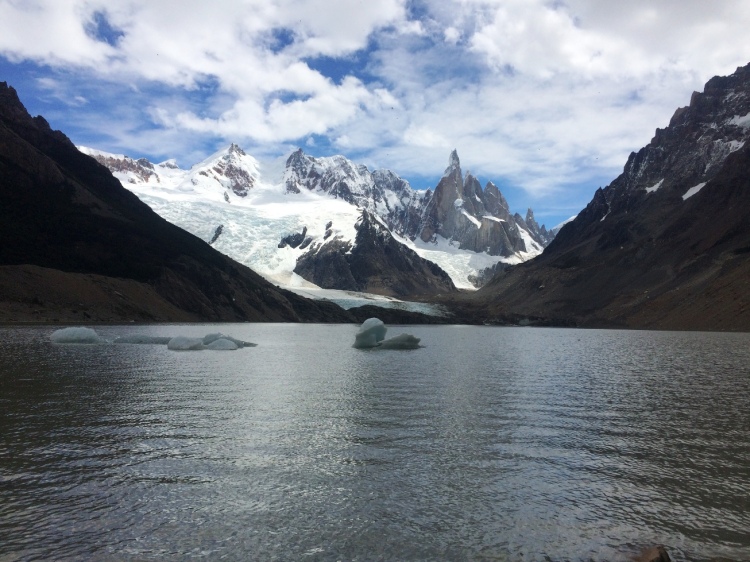 When I returned to El Chaltén, I treated myself to lunch, collected my backpack, had a shower, and sat in a café for a while, waiting for Benjamin to come and pick me up.

I enjoyed the Fitz Roy & Cerro Torres Loop very much. The actual hiking itself is very easy and the days are short. It has a very relaxed pace so you can take your time and it feels more like a languid series of walks with camping in between then a proper hike but you still get to see many views along the way. Ones which you would usually need to venture much further from civilisation for. I would recommend it as either a warm-up for those about to do the Torres Del Paine or for those who, like me, have just done the Torres Del Paine and fancy winding down with something easier.

It is also great for wildlife. I saw Andean Foxes (videos here), Falcons (videos here), an austral parakeet (click here), and also a couple rabbits (which I didn’t quite manage to capture before they scarpered away, so you’ll have to take my word for it).

When Benjamin came to pick me up, it was late in the afternoon but, with it being Patagonian summer, we still had plenty of daylight left. His car was huge, with four spacious seats and a bed at the back which he sleeps in most nights. He bought it in Ushuaia and intends to drive it all the way up to Colombia over the next few months.

We left El Chaltén behind and entered the Patagonian Steppe. A flat, windy, barren landscape covered with little shrubs which seemed to be the only thing which grows there, and the guanacos which fed upon them. Most of the road was fairly good but there was a good hour or two of gravel which – combined with the wind – made for a bumpy ride. 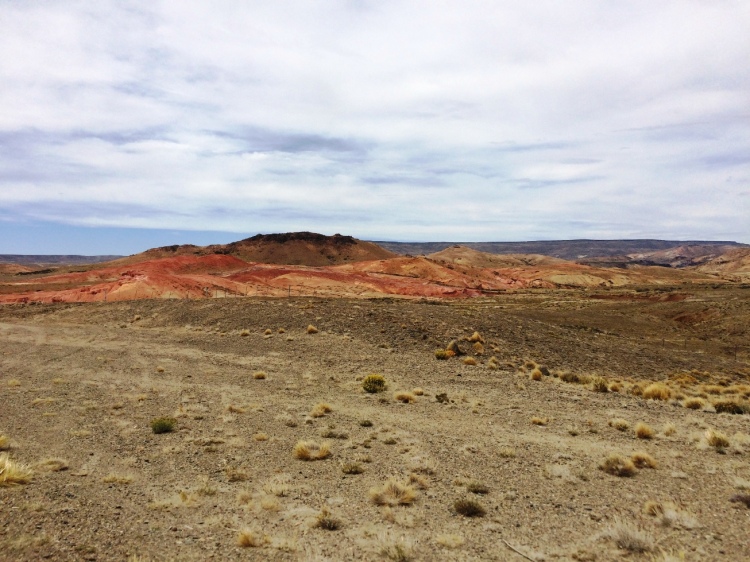 It seemed that Benjamin was not the only old face I would see this week; when we stopped at a gas station I bumped into a girl I met while in Sucre in Bolivia almost two months ago and we had a quick catch up. She was hitchhiking but going the opposite way to us, towards El Chaltén.

When it got dark, we parked up by some trees by the side of the road and I set up my tent for the night. I slept, and in the morning we got up, ate, packed away and got back on the road.

We saw a couple of rheas that day and some foxes. The landscape became less flat and we eventually saw white-capped mountains in the distance, a sign we were getting closer to Chilean Patagonia. We reached Los Antigos by the afternoon and there was a cherry festival going on with live music, rodeos and other things, so Benjamin decided he wanted to stay there for a while. I was more pressed for time though so he dropped me off at the border of Chile and we went separate ways.