I deviated from my plans this week, and I believe it was a good choice.

Originally, I was supposed to be spending more time in the mountains around La Paz. Hike the Takesi trail, spend some time in Chulumani , and maybe even do what most backpackers seem to be doing these days and cycle down the infamous ‘Death Road’, but my slight disappointment with the El Choro trail made me realise that maybe I was in Bolivia at the wrong time of year for such activities because of the weather. Having lived half of my life in Wales, I am not shy when it comes to a little rain, but getting that wet isn’t worth it with the mist swirling around the Andes at the moment obscuring its views.

I began to look into other options. I needed to be in Cochabamba for an ayahuasca ceremony soon so I read up on that area. A place called Torotoro National Park caught my attention. Not only is it home to canyons, caves, waterfalls, and even prehistoric dinosaur footprints, but there also happened to be a festival going on.

I was pretty tired when I arrived. Getting there involved an overnight bus from La Paz to Cochabamba followed by a walk through the pouring rain to reach the stand where the colectivos for Torotoro left. I was crammed into a minivan with several others and it was a bumpy ride. Although less than a hundred kilometres away, the journey took over five hours. 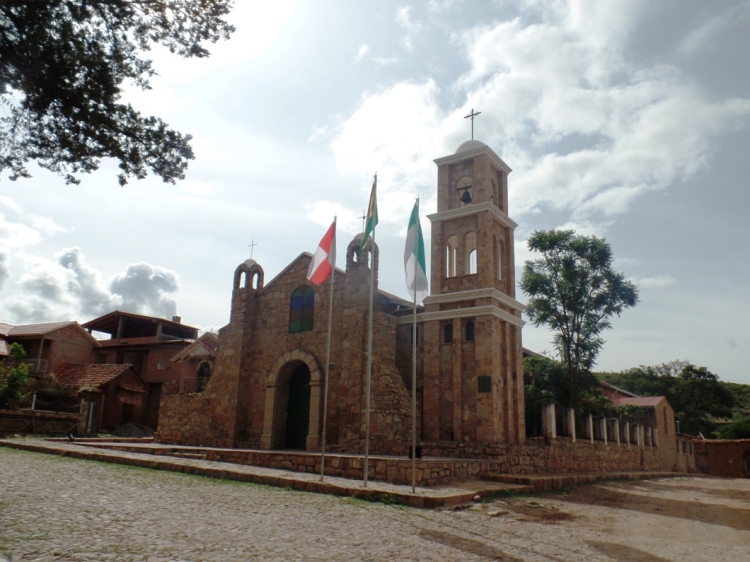 Shortly after I arrived, I called into the ranger’s office and they told me if I turned up early the next morning and they would match me with a group for a tour of the park. There were still some hours of daylight left and there was a mirador only an hour’s walk away on maps.me so I decided to check that out.

About halfway there, I came across a barrier and a woman in uniform came out to ask me where I was heading. It turned out that I was about to enter a restricted area of the park for which you need have paid the entrance fee (something I had not done yet) and have a guide. I explained to her that I was due to go out on a tour to see the caves the next morning and was just following something I noticed on my GPS.

While we were talking, a Bolivian couple with a guide arrived and the ranger was eventually lenient allowed me to tag along with them. I hopped onto the back of the guide’s bike and we headed into the park. 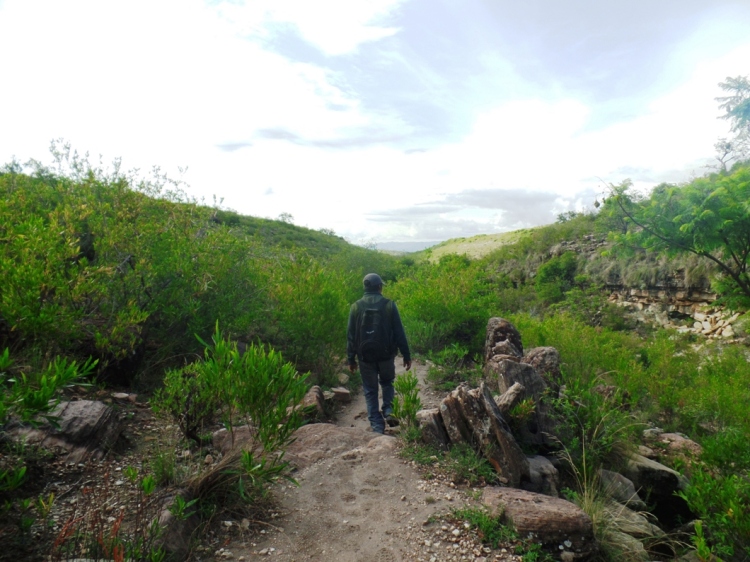 I am glad I got to have had a guide for this part because it was an enlightening experience. We walked along some of the riverbanks and he showed us dinosaur footprints. Some of many I would see over the next couple of days.

There were some other interesting geological formations along the trail, including a natural stone bridge.

A huge boulder which, over the years, has been split apart by a tree. 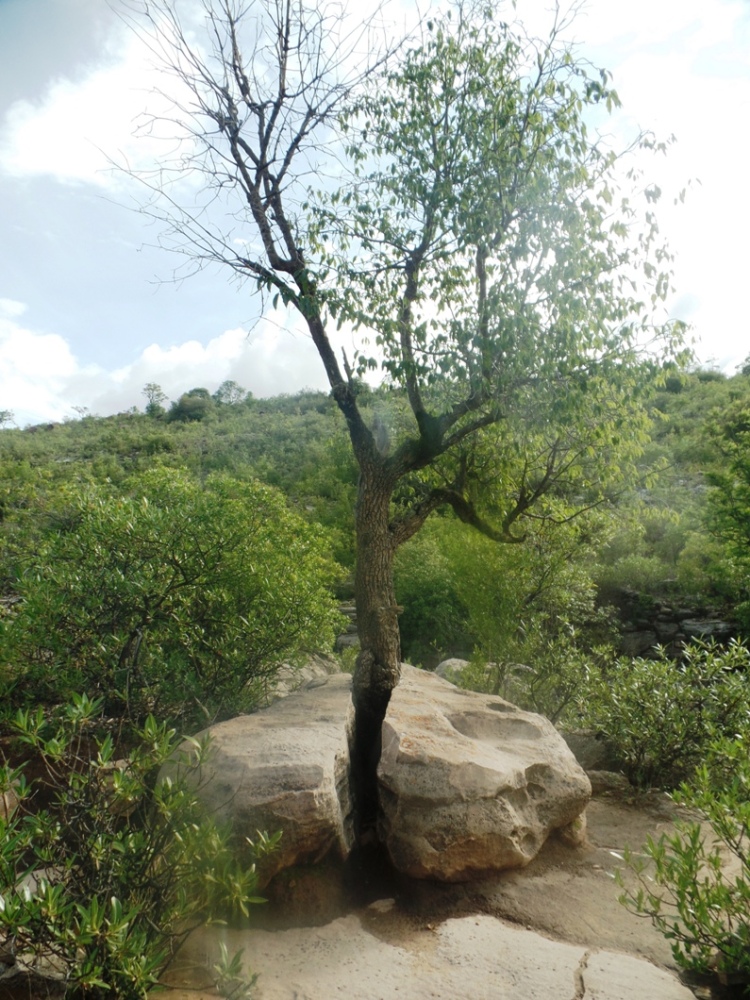 But the highlight was when we reached the mirador of the canyon. 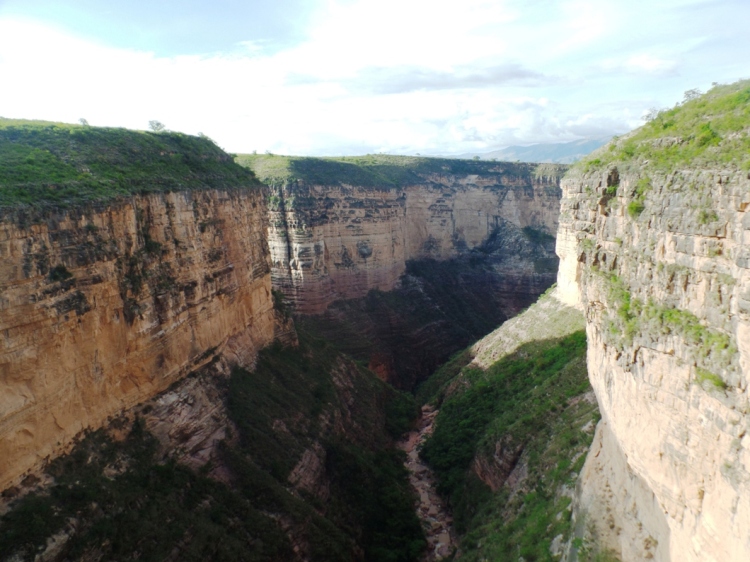 There was another great viewpoint of the canyon a few minutes later too, and we even spotted a group of bright green parakeets.

The following day, I turned up early at the registry office and they put me with a group of French and Spanish people for an eight-hour tour of Cueva Humajalanta and Ciudad de Ita.

I was a little apprehensive about Cueva Humajalanta. I haven’t done any intermediate-level caving for a while. It is something which I do not do very often because I have moderate claustrophobia.

Most of it was fine though. I have a video here of the worst bit – where I did need some encouragement but I did manage to get through it in the end. It was a two-hour journey through all the chambers and we passed lots of caverns, underground rivers and even a waterfall.

Ciudad de Ita, like its name (‘City of Rocks’), was a metropolis of crazy rock formations, with stunning views of the park’s landscape the entire way.

There were also cave paintings, which our guide informed us were over three thousand years old. 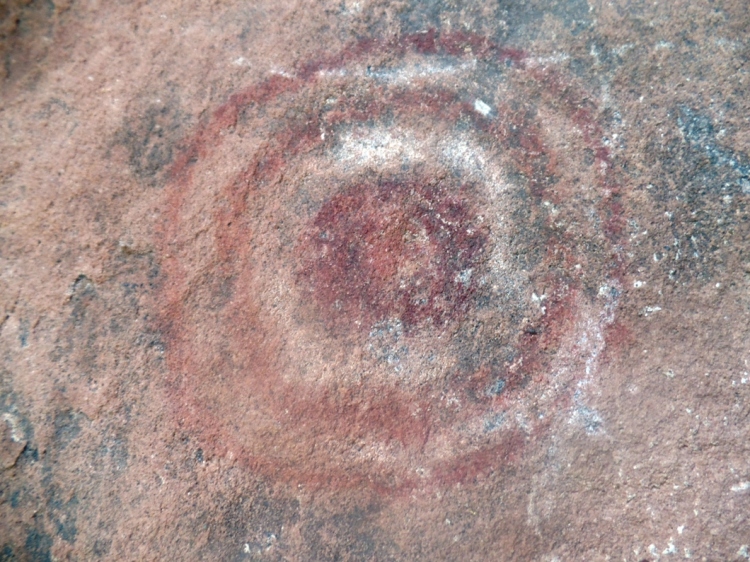 And towards the end, we came across a pair of local musicians filming a music video. They asked the French girl to sit down with them for a while as the song was about a ‘Gringita’. I have videos here. 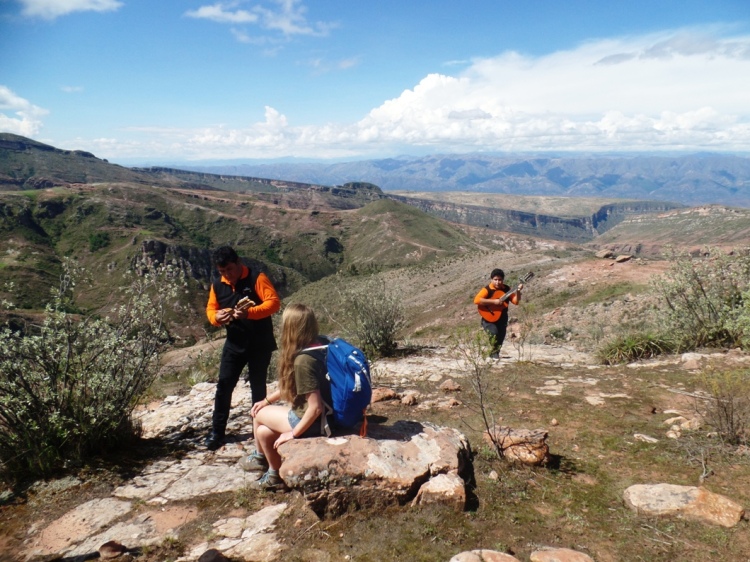 By the time we returned to Torotoro town I was very tired but I it was the beginning of their festival that evening so I forced myself to power on through. It was to commemorate the town’s inception 135 years ago. As evening began to set in, I went to the plaza and waited. 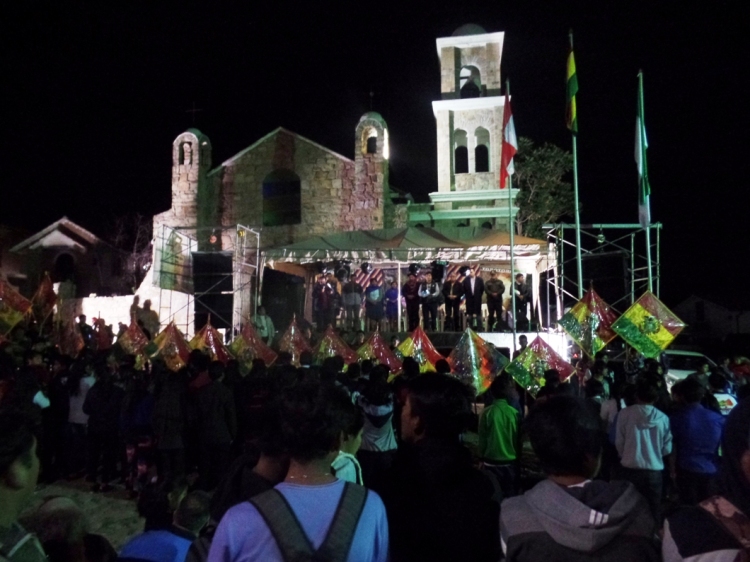 To be honest, this first night to the two-day festival was not too spectacular when compared to Puno Festival (which I went to just a few weeks before and had lots of colourful costumes and dancing). People simply marched in groups, representing the different industries of Torotoro. The tour guides, bus drivers, taxi drivers, farmers, and so on. At one point, fireworks started (which I caught a video of here).

Although it was quite basic, I did enjoy the atmosphere. It was intimate, honest, and I felt very privileged to be there, witnessing this moment of community pride.

For me, the heart and soul of the party that night were a group of men playing harmonicas and drums and looking like they have chewed on far too much cocoa but loving life (videos here).

The following day was a festival too, so I lingered in the town for another day. I was tired and the cold I caught while on the El Choro trek had gone to my chest, so spent the day relaxing in my hostel. I occasionally ventured outside to see what was happening. There was a bit of activity in the streets and preparations were being made. I asked some people what time the day’s events started, and one person told me midday and another said 3pm. I went back to my room, eventually hearing a brass band at 11:30. I rushed outside and there was a parade going on. I followed it to the plaza, but there was no costumes, dancing or anything too interesting going on. It seemed to be just a repeat of the previous day, with people merely marching.

I began to think that maybe this day was going to be a write-off, but then at 6pm I heard sounds again and rushed outside, finally seeing the sort of festival I came here for – filled with music, costumes, dancing and everything (I have videos of the highlights here, but there are a lot more in the full album which is linked below). 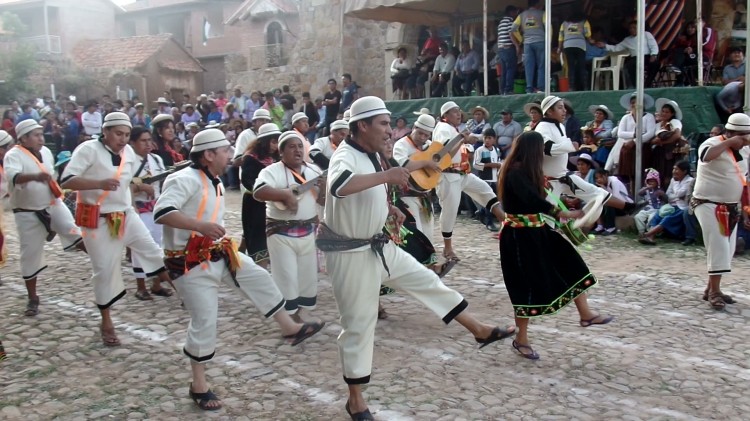 For a place which wasn’t even on my original itinerary, I am very glad I came to Torotoro. Not only did I get to see a unique landscape which I had never seen anything like before but I got to witness village life and a festival.

I have more photos of the national park and also plenty of videos from the festival here.