La Paz, the highest administrative capital in the world. Its official attitude sits at 3,600 meters, but in reality when you are here chances are you could be much higher than that, as it is perched within towering peaks. It’s airport, based in a district known as ‘El Alto’, is 4,100.

I will begin with the journey there from Copacabana. On the bus I often found my eyes drawn away from the book I was reading to the window as we circled the shore of the lake. At one point the bus began to sway and I was startled to see we were completely surrounded by water. The bus was floating upon a small vessel, being carried to the other side. From there, we ventured up into the mountains for a period of time until we crossed a threshold and were suddenly on a flat, desert-like plane which stretched for miles and miles with only the icy peaks of the Cordillera Real to be seen on the horizon.

As soon as you reach La Paz you are plunged into chaos. The bus crawls its way through unruly traffic on old roads full of potholes, but you are not overly upset about it because it is a vibrant city with lots of street markets.  I even spotted a group of people praying by a small outdoor altar with burning incense.

I was tired the day I arrived and I had things to catch up with online. The wifi in La Paz was somewhat more functional than in Copacabana but still painfully slow. I was staying in a small B&B on the tenth floor of a tower block overlooking the centre. It was a cosy little place with a kitchen, bathroom, two private rooms and one dorm with just four beds. The lady who owned it was helpful and one of the other guys staying there I had met previously before in Ollantaytambo, so I felt at home.

The next morning I began exploring. I started with the sights near to the central plaza. The cathedral is a little empty and bare, but it is the nearby Iglesia San Franciso which is the real nucleus of religious life. I have noticed so far during my time in  Bolivia that, unlike Peru, all of its churches have been free to enter. 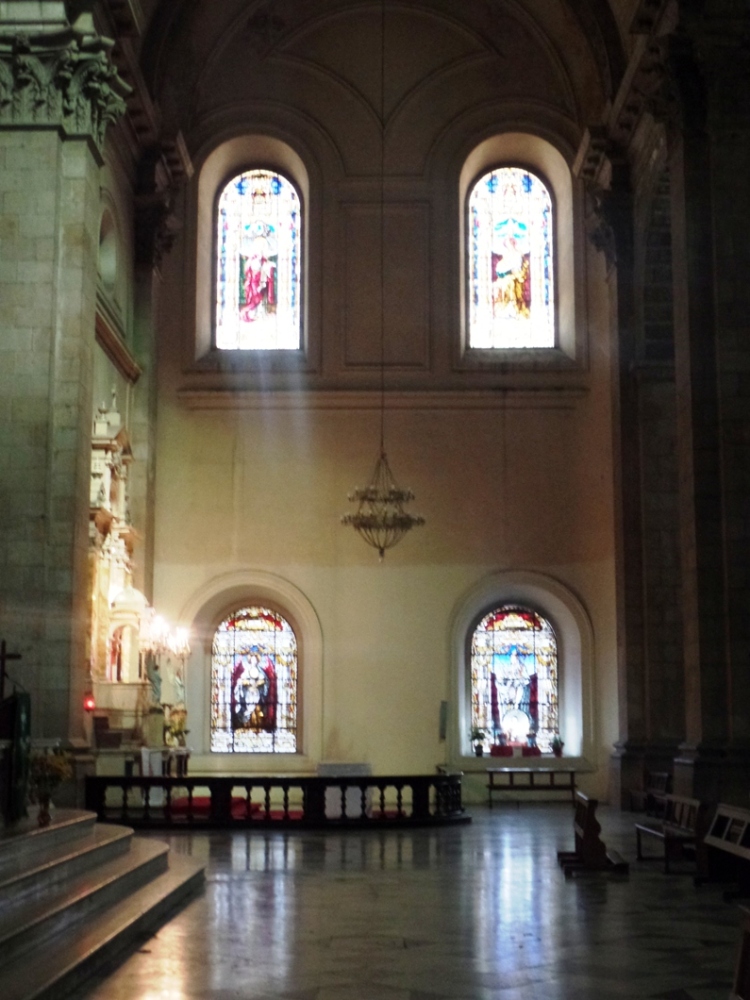 Next to the church there is a museum where you can wander some of the halls of the old Franciscan Monastery. To be honest, there isn’t a great amount to see in there, but the entry does come with a free tour and the guides are helpful and inform you of some of the area’s history. 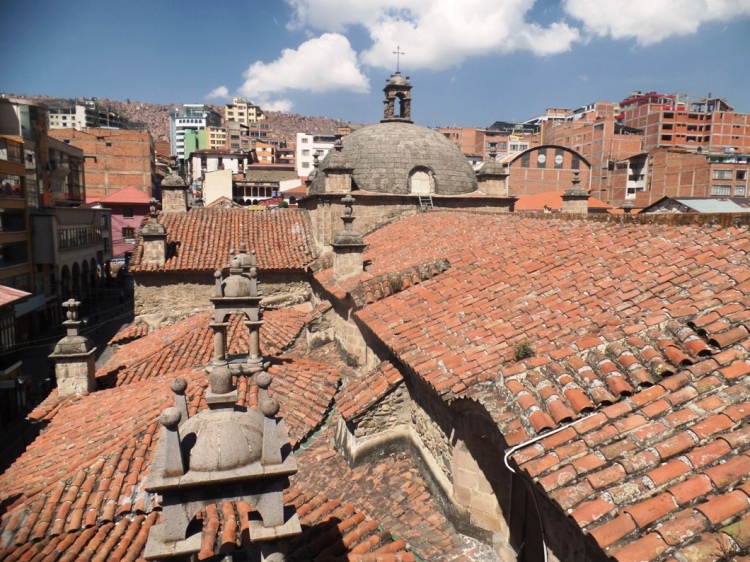 I went to visit El Mercado de las Brujas (Witches Market). A place where one can buy all sorts of remedies, potions, herbs, and even some more gruesome ingredients such as llama foetuses from old ladies if you wish. It was interesting to browse for a while, but it seems the street is beginning to be taken over by travel agencies and stalls selling tat which is somewhat polluting the ambience.

I spent the rest of that day in museums. The Museo Nacional de Etnografia y Folklore had a wonderful collection of ceremonial masks and examples of weaving, pottery, featherwork and all over affair from the different regions of Bolivia. It is a lovely way to spend an hour and soak up Bolivia’s wonderfully diverse culture, but I did come out of there feeling a little peeved that, despite them acknowledging their foreign visitors in a monetary way, by having a perfectly-translated list of rules and entry prices at reception and charging us four times the amount they do nationals, once you have bought your ticket, you discover that none of its displays has any information in English.

The Museo Nacional de Arte was technically closed that day because they had a temporary exhibition by contemporary artists from all over Latin America. This event was free entry and, once inside, I managed to see some of the museum’s permanent displays too because the doors were left open.

The next day I set off early in a crowded minivan to see Bolivia’s most important archaeological site, Tiwanaku.

Pre-dating the Incas by hundreds of years, the Tiwanaku people are one of the most interesting in all civilisations of South America. From their humble origins on the shores of Lake Titicaca, they managed to spread across a vast region encompassing parts of Peru, Bolivia, and Chile, and what makes that even more of an enigma is that archaeological evidence suggests that this expansion was achieved peacefully with very little warfare.

This site was their nexus during the civilisation’s golden age. Its stones were carved from quarries in Lake Titicaca and hauled all the way up by a very early canal system. It is thought they chose this location, despite its harsh location, climate and lack of fertile soil, because the Tiwanaku were astronomers and it is situated upon a flat plane, allowing them to better observe the movements of the stars. Indeed, one of the pyramids they built – now not more than a mound surrounded by some vestigial walls – was thought to have had a pool on its roof for their holy men to see the night sky in its reflection, and there is also the Sun Gate which acted as a primitive calendar.

The Tiwanaku people did not meet their end through being conquered but experienced a long period of drought, during which their civilisation dwindled. The ones who survived retreated into little villages because life was so hard they no longer had the luxury to build monuments or map the universe. Tiwanaku was abandoned, but many of its people were swept up by the Incas and I don’t think there is much mystery – particularly when you see sights such as the nearby Puma Punku – as to whom they learned their master stone-crafting techniques from.

On the way back to La Paz, instead of being caught in all the traffic again I got off the bus and used one of its cable car systems to reach the centre. It was a wonderful way to see the cityscape, passing over all of its rugged peaks and outer neighbourhoods. I even got to see the famous market in El Alto, said to be one of the biggest in Latin America.

On my final day of exploring La Paz, I went for a little trip to Valle de la Luna which was just a short bus ride away and had some very interesting formations. It was a great way to spend my last morning before I prepared for the El Choro trek, which is what my next blog will be about.