Situated on the border between Peru and Bolivia, Lake Titicaca is both the largest lake in South American and also, at 3,800 meters altitude, the highest navigable lake in the world. It has a rich history, having been inhabited by many cultures – including the Tiwanaku people – for thousands of years before the Incas came, and many ancient relics to this area’s spiritual past remain. 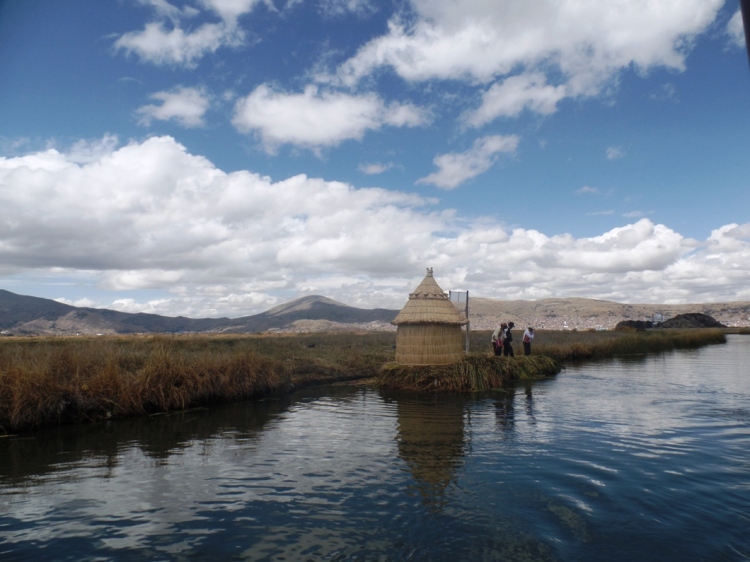 This was my final week in Peru and I began it with a two-day boat journey through the lake. The boat I was cruising on took us first to the Uros archipelago. A community of floating, man-made islands made out of reeds. Each one is home to a small extended family and they form a complex network, either connected to each other directly or within close proximity. 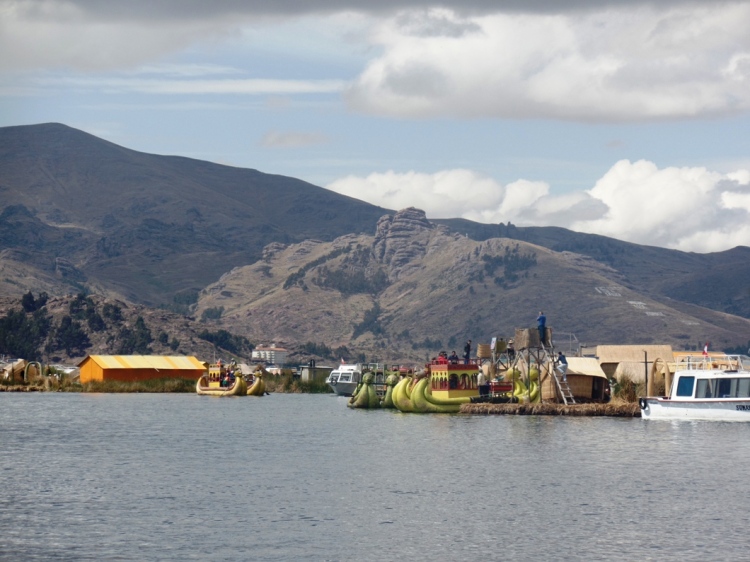 It is said that these people originated from the Amazon, from which they were driven out hundreds of years ago. Having no land to call their home, they created their own. The islands are mobile and they used to dwell deeper within the lake but now, having achieved a more peaceful existence with the people who live upon the shore, they have moved closer to the port town of Puno where they supplement their living on tourism and selling handicrafts. 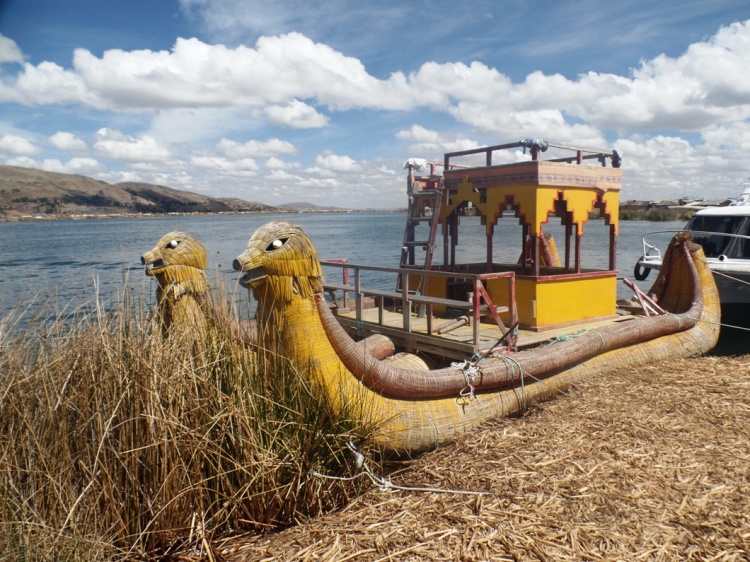 As a tourist, your time on Uros is very structured. You are not really allowed to wander freely and are taken to a small part of it chosen by the community. The amount of time you spend is also designated by the captain of your boat. One of the locals comes out, tells you a little about their lives, and then you get some time to browse the shops some of the inhabitants have set up. 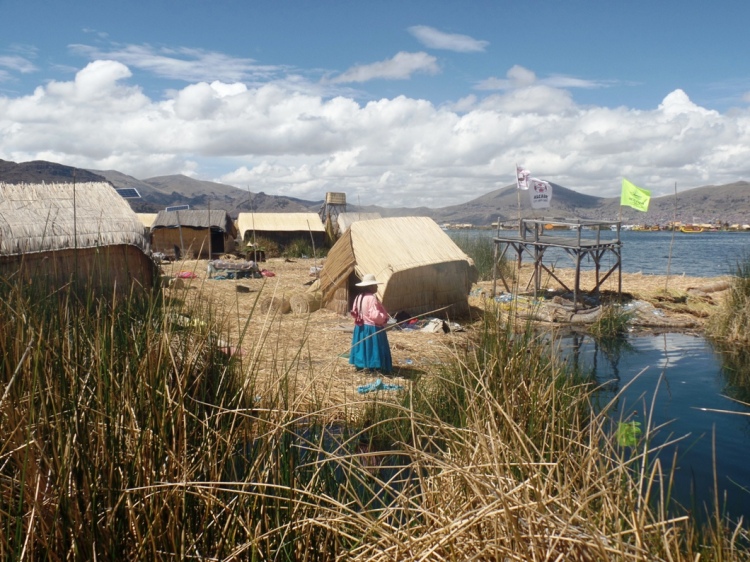 I am not saying this as a complaint. It was still interesting to see, even if you didn’t feel like you get to know the place and its people properly. I have seen a lot of people online complaining about this place being too ‘touristy’ and, to be quite frank, those people need to get a grip. What exactly are you expecting? You are a tourist. One out of dozens who come to a very small place each day to walk among them. Of course they are going to control where you go and try to sell you things. What other benefit are they going to get out of you nosing into their life? Minority cultures don’t exist solely for the curiosity of white people. 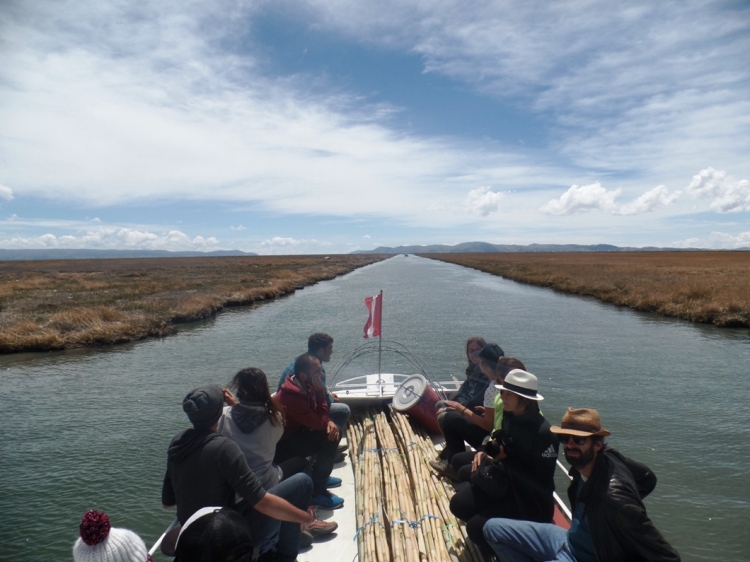 After our time in Uros, we got back onto the boat and sailed deeper into the lake, passing through a channel between the beds of reeds. We saw lots of birdlife. Within an hour or so, something appeared on the horizon and it got bigger and bigger. It was the Island of Amantaní, where we were staying that night. 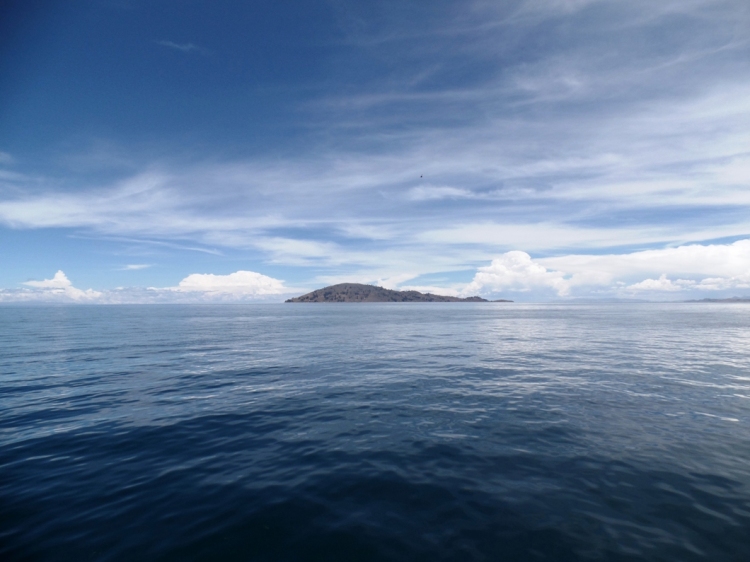 Amantaní is a small island, mostly populated by Quechua-speaking farmers who have lived there for generations. There are no hotels, restaurants or cars, only homestays, which the Elders allocate to visitors on a rotating system. I was given my own room, which was surprisingly comfortable, but there was no electricity or hot water (not that I am complaining, simplicity is what I came here for). The woman who looked after me also provided me and the other guests with meals. 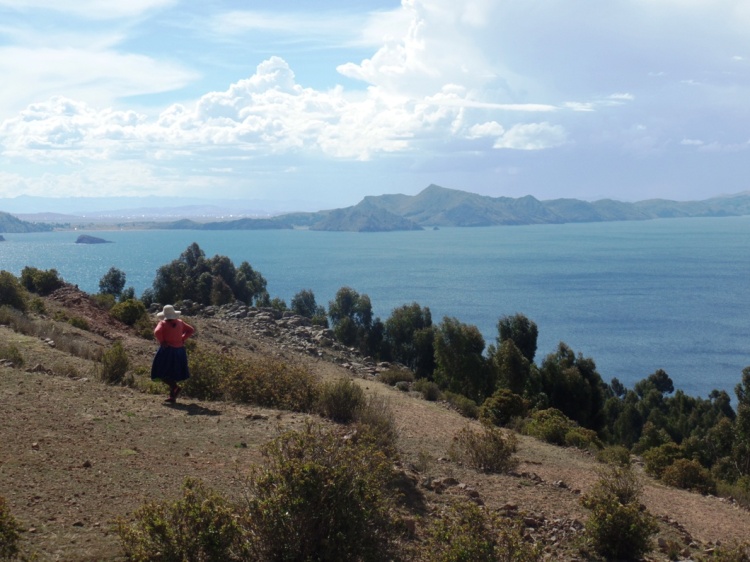 After lunch, I went out and explored the island by foot. 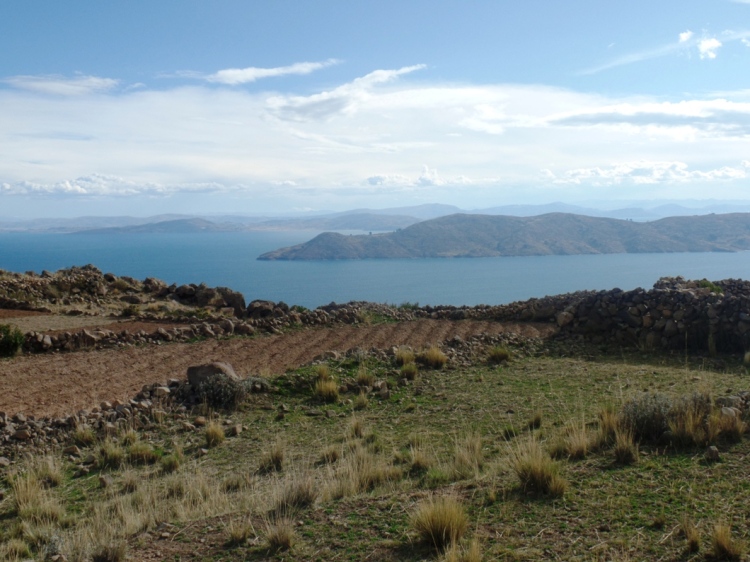 Despite how small this island is, it is surprisingly tiring to wander around. It is hilly and sits at an altitude of 3,800 to 4,100 meters, leaving you breathless at times. The sun is very strong too. 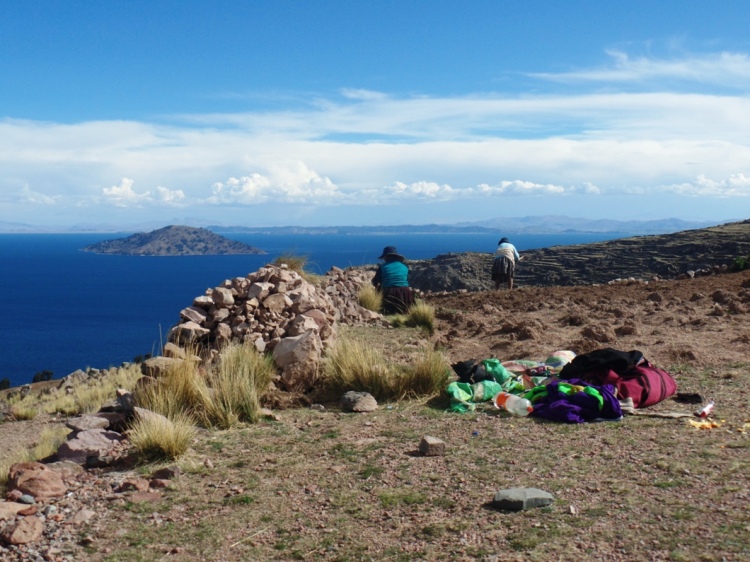 First I walked to Pachatata, a peak which is home to some old Tiwanaku ruins which are still in use by locals for folk-ceremonies today. 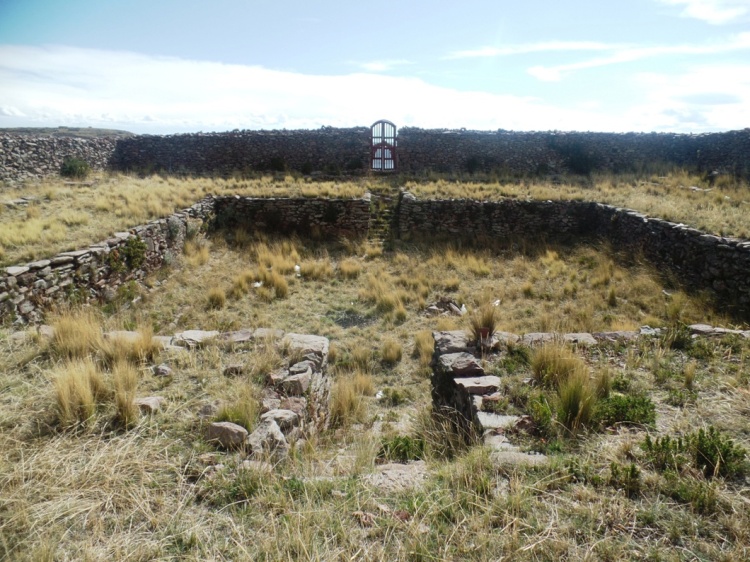 And then I walked to Amantaní’s highest peak of all, Pachamama, which had more ancient ruins and some wonderful views. One of my favourite sights was this photo I took. 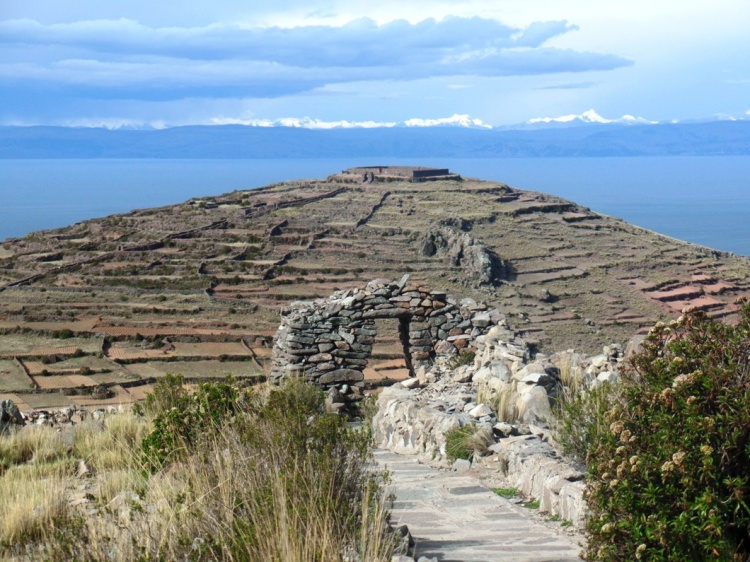 Amantaní has many Tiwanaku-style stone arches framing the pathways and this is one of them. In the background, you can see Pachatata, and then, beyond that, the white peaks of the Cordillera Real in Bolivia. An area I intend to explore in the coming weeks. 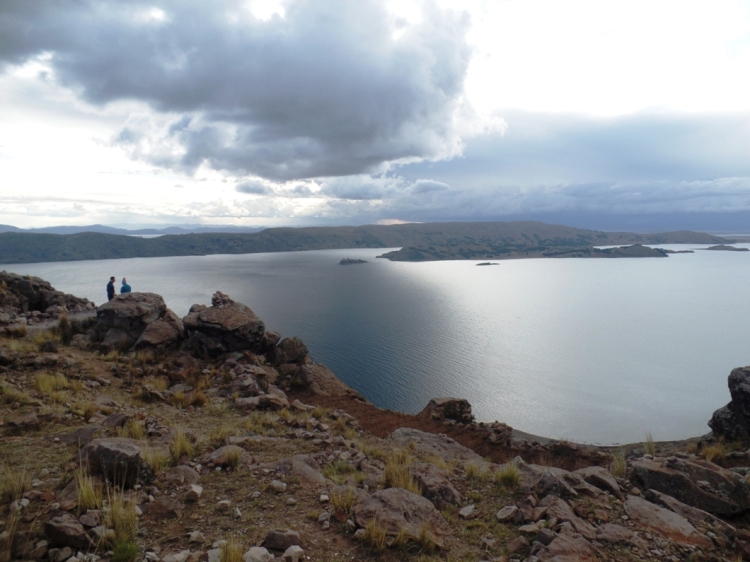 Most visitors to the island remain at Pachamama till dusk to watch the sunset, but I didn’t see much point in that because it was cloudy. I walked back to the main plaza. The temperature plummeted and it quickly became chilly. On the way, I popped into a small bar and had a beer before I returned to the homestay for dinner.

I slept very well that night. At one point I needed to get up to use the toilet and saw one of the starriest skies I have ever glimpsed. In the morning, our host made us a quick breakfast and then we were back on the boat again. 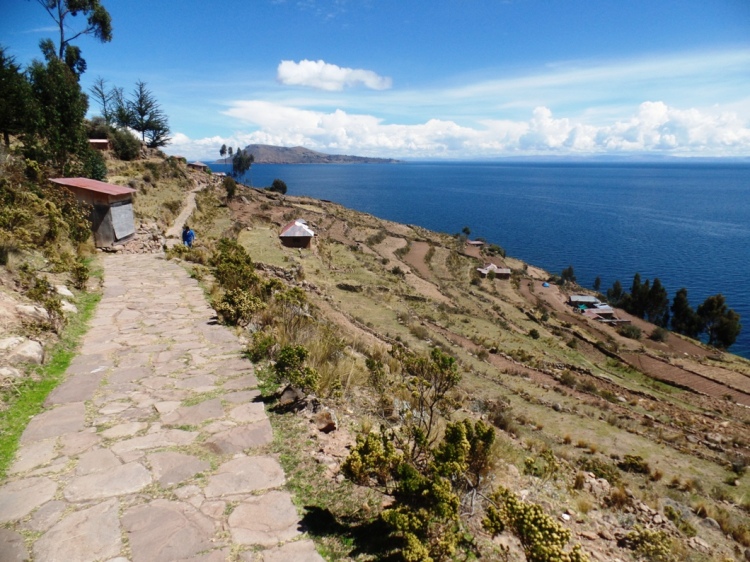 We went to visit another island called Taquile that morning. Our captain dropped us off at the northern tip and then picked us up from the other side later that day, allowing us to walk its length. 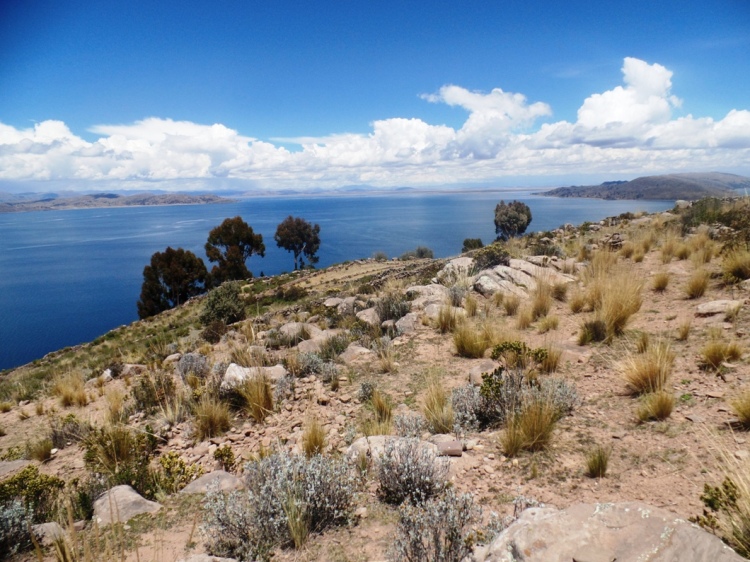 Taquile was a little more touristy and yet also more scenic than Amantaní. Amantaní gets fewer visitors, and the ones who do come mostly stay overnight, whereas Taquile mostly just gets day-trippers. It is steeper too. Not many people seem to bother walking up to its highest peak, which is a shame because it was probably my favourite place on these islands so far, and the walk had stunning views. 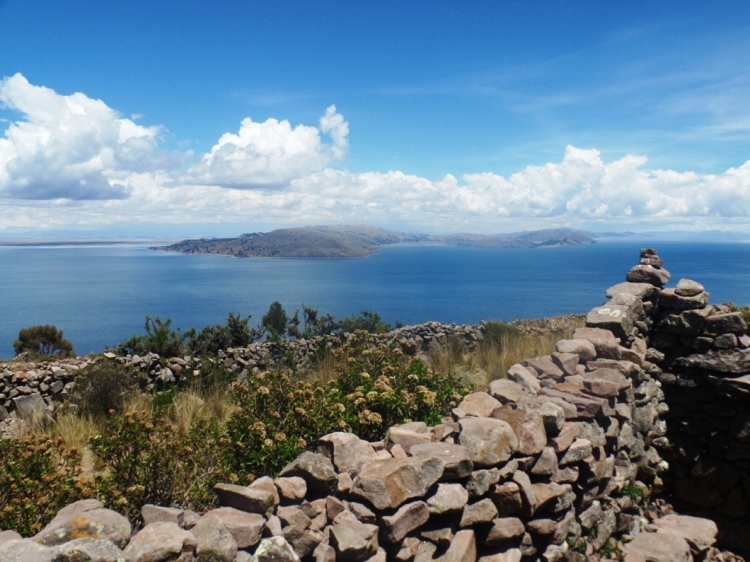 There was yet another temple at the top, which also showed signs that it was still in use by the locals today. 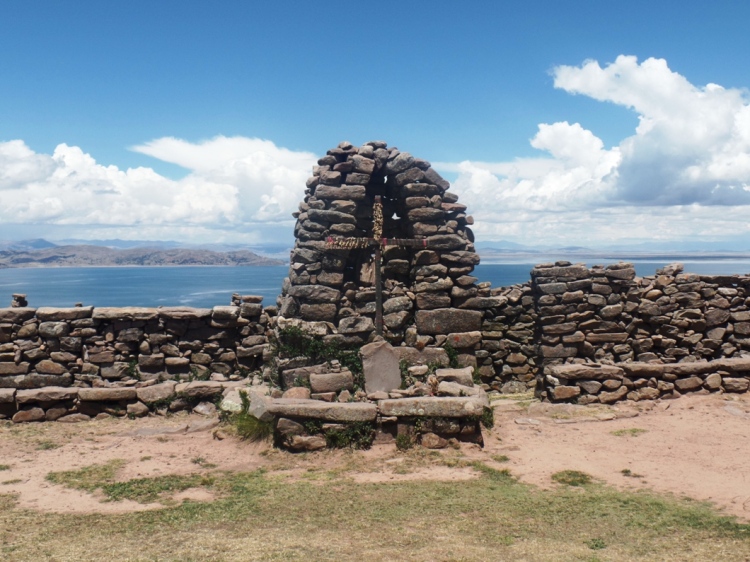 After lunch, I went to the dock where the boat was waiting to take me back to Puno.