We arrived at Bali airport quite late at night and, as predicted, were caught within a swarm of Australian surfers on their way to the beach. It took Roy a while to explain to the taxi drivers that we had no wish to pay for our fare in Australian dollars…

We went straight to Ubud, which is claimed by some to be “The New Age Capital of the World”. That wasn’t the reason that we were heading there, though; it also just happens to be a great base for exploring some of Bali’s temples.

The first thing we noticed about Bali is how they like to beautify everything. Murals line the streets, and even the facades to the humblest of homes have an arched entrance with a pair of statues.

While looking for a place to stay we discovered that nearly every guest house has an inner courtyard which could almost be a temple in itself, and we were only looking at the cheap ones. Balinese simply don’t do the uber-cheap, squalid accommodation that we usually end up staying in, because to create a space like that is just not within their mentality. In the end we settled upon hiring our own chalet which had two beds, a private bathroom, a fan, free wifi and a balcony.

The next morning we finally saw Bali in the daylight, and while we were eating breakfast we witnessed the owner place offerings at all the statues and altars around the restaurant; a practice we would soon learn most Balinese do three times a day to thank the spirits and keep the demons at bay. 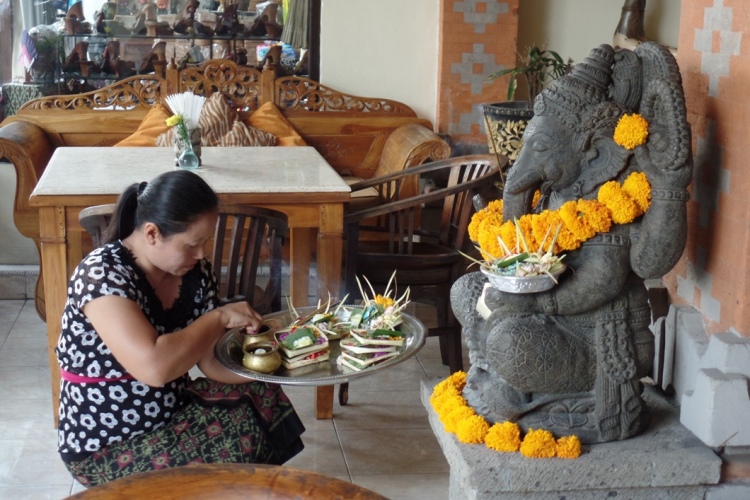 Most Balinese practice their own version of Hinduism which has been fused with local animist traditions. This makes it home to some of the most interesting temples in South East Asia.

Containing three temples and the usual resident gang of macaques, The Sacred Monkey Forest Sanctuary is the first point of call for most visitors to the Ubud area and is a great introduction to Balinese religion.

Many of the statues are pretty gruesome, but in an awesome way. Demons eating children and frogs playing with their “bits” are just a couple of examples of the strange iconography which is carved into the stones of Balinese religious sites. The setting of a jungle with a river rolling by was also something which made the Sacred Monkey Forest Sanctuary a very enjoyable first morning in Bali. 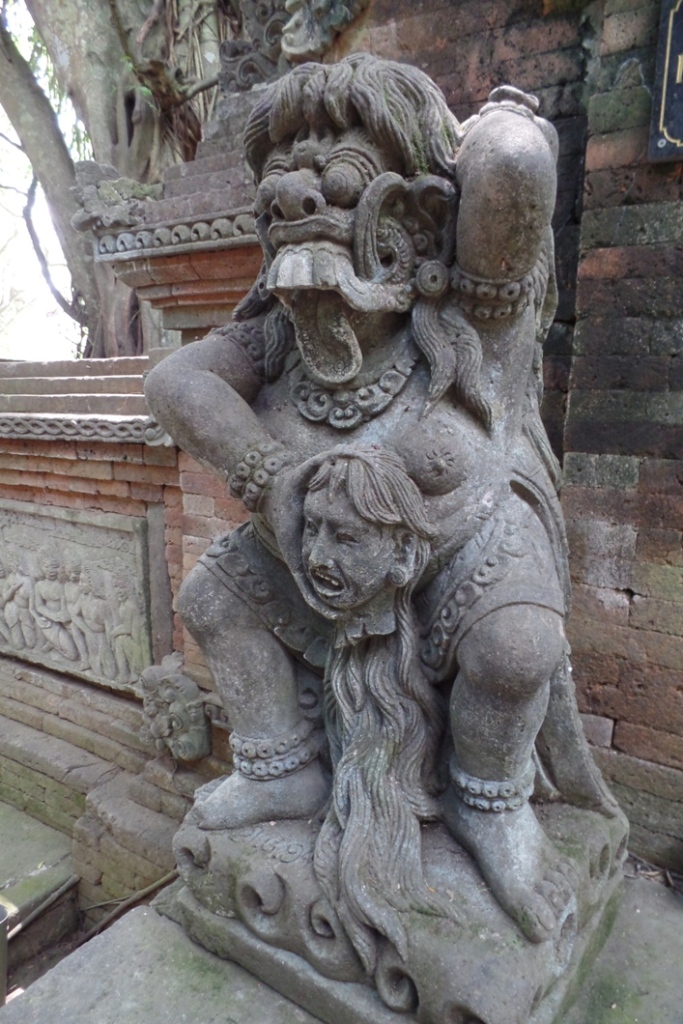 We then went for a walk to explore some of the further reaches of Ubud, passing through some farms and smaller temples along the way. Later in the afternoon we found ourselves strolling through the streets of Penestanan district, where Bali’s population of airy expats spend their time sat in raw-foodist cafes, discussing which meditation class or yoga course is hip that week while nibbling on vegan cakes and sipping lemongrass tea. You can almost visibly see their inheritance leaking out from them.

In the evening we went to see some traditional Balinese dancing at to the Ubud Palace. It was a slightly expensive affair which we knew we were only going to be able to squeeze into our budget once, so, we decided to see one of the classics: the Legong dance.

Balinese dancing is very expressive. If you ever observe one and watch closely you will notice that every little nuance such as the bending of a single finger, the rolling of an eye, or the slightest change to a facial expression, are all very deliberate things which the dancers use to convey meaning. The music was all created live by a group of men clanging away at their percussive instruments with hammers and sometimes making drawn out vocal sounds. 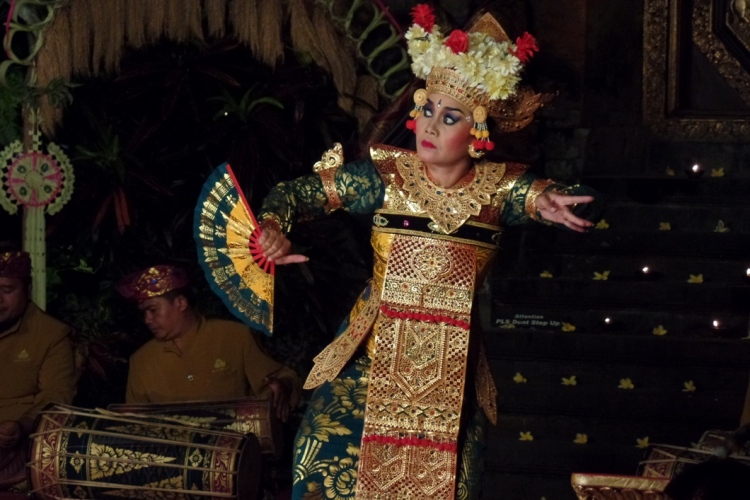 The next day we went to see some of the religious sights which were a bit further afield. In the morning we visited Go Gajah and Yeh Pulu; both of which were fairly interesting but nothing spectacular. What was more enjoyable was the short walk along a ravine which ran between the two sites. 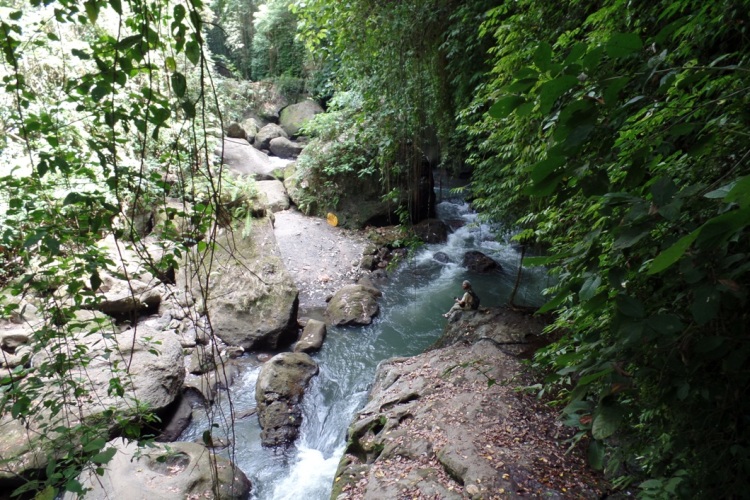 In the afternoon we ventured up to Tapaksiring to see more temples. Gunung Kawi, which is regarded as one of the island’s most important sites, had some pretty impressive shrines carved into niches of a large rock face.

It was also surrounded by some very picturesque rice terraces.

Later on we went to Tirka Empul; a holy spring which is very sacred place to the local people. Visitors are allowed to bathe in one of the temple’s pools (as long as they are willing to wear one of the communal sarongs which are handed out), and it was a rather refreshing way to finish off the afternoon.

We then went back to our lovely little chalet. Where we sat on the balcony and drank a beer while planning where we were going to move on to next.

More photos (taken with my brand new camera) can be found here.