First of all. Tell us more about the books you have had published so far. There are three from two different universes, I believe?

Yes, Resurrection Men and Lord of the Hunt (of the Sooty Feathers series, published by Elsewhen Press) are Gothic Supernatural/Historical Fantasy novels set in Victorian Scotland. They primarily tell the tale of two body snatchers (Hunt and Foley) getting caught up in a brewing supernatural war in Glasgow, featuring vampires, demons, werewolves and magicians. Book 2 (Lord of the Hunt) is also partly set in the Highlands, where Hunt learns a secret regarding his own family. The series is intended to be a quartet, and I’ve tried to depict an accurate Glasgow to balance the supernatural elements.

My second published book (also by Elsewhen Press) is Thorns of a Black Rose. It is an action/adventure fantasy in a North African-inspired setting (think Ancient Egypt, Morocco and the Sahara Desert). It tells of the sorceress Shukara and young thief Tamira getting caught up in the intrigues of the ancient city, Mask, before joining with desert ranger Jassan, braving the desert in a quest against the assassins of the Black Rose. It is a more traditional fantasy than the Sooty Feathers books, with a smaller cast of characters.

You have spent some time in Africa, which helped inspire the setting for Thorns of a Black Rose. Would you like to tell us more about that? What were you doing there?

I spent eight weeks volunteering in the Pidwa Wilderness Reserve in South Africa’s Limpopo Province fifteen years ago, helping catalogue the animals we encountered, focusing on the elusive leopards. Geographically it had little influence on Thorns but will be more useful in later books.

My second trip to Africa was a holiday to Morocco, mostly in Marrakech (which partly inspires the city of Mask), but we also visited the village of Ait Benhaddou (UNESCO Heritage site) which has appeared in a lot of films and television series, such as Gladiator, Lawrence of Arabia, and Game of Thrones. This village was a huge inspiration regarding Thorns’ village of Pashbur. We saw some breathtaking scenery driving through the Atlas Mountains to get there. It was also useful to spend time in the heat, imagining being out in it with no respite.

Were any of these three novels the first you attempted to write, or are there some unpublished ones in a hard drive somewhere?

Resurrection Men was the first novel I finished, but I did start three prior. One was a rather gloomy vampire story beginning in the early 20th century that I abandoned. The banter between Hunt and Foley in Resurrection Men was a reaction to the gloom of this early novel. It existed only on paper and has since been binned!

I also started a fantasy novel in a Regency-era-esq setting with muskets and cannons. The first draft was mostly finished, but it was handwritten. I’ve still got it somewhere but it’s pretty bad.

How long did it take you to first get published?

I started planning Resurrection Men in late 2010, started it in earnest in June 2011, and worked on it on and off until 2015, when I first submitted it. Many improvements later I sent it to Elsewhen Press in late 2017, was accepted in early 2018, and published several months later. So … eight years from initial planning to publication.

One thing the two of us have in common (aside from being published by Elsewhen Press) is that we have both written urban fantasy and epic fantasy (which are typically deemed to be on opposite sides of the spectrum when it comes to fantasy). Do you feel like your writing assumes a different style or tone between the two subgenres?

Yes. The Sooty Feathers books are written in a faux Victorian style, a bit flowery in places. Thorns is more Sword & Sorcery so the style is a bit more straightforward.

That is actually very similar to the way I feel about my urban fantasy books compared to my epic! 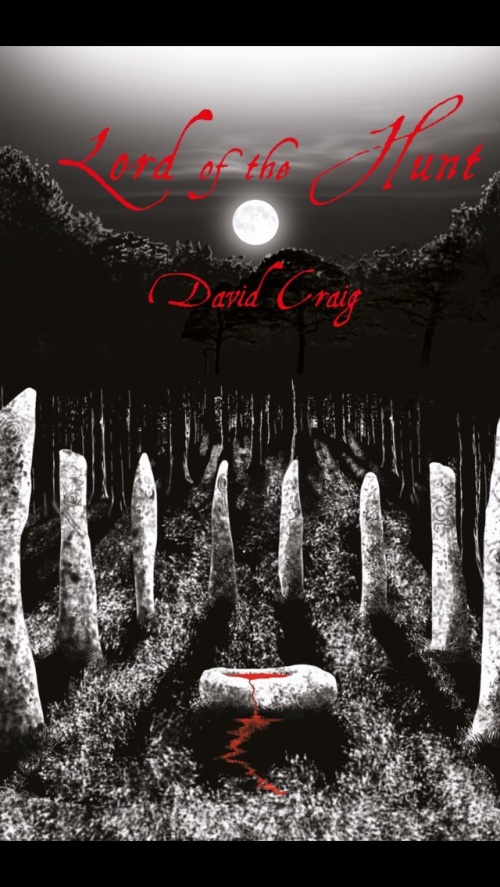 What is next? Do Thorns of a Black Rose or the Sooty Feathers series have any sequels lined up? Or are you writing something completely new?

I’ve just been taken on by the John Jarrold Literary Agency on the strength of the recently finished Diabolic Immunity, a contemporary urban fantasy set in Glasgow that loosely shares a setting with the Sooty Feathers books. I’m currently nearing completion on The Blood Hour, a book I started five years ago. Thorns was written later as a prequel of sorts to introduce three of the characters. The Blood Hour has an expanded cast of characters, intended to be a homage of sorts to the idea of adventuring parties. It also has some flashforwards to a future with a similar tech level to our world. I’m also planning the last two books in the Sooty Feathers series as well as a sequel to Diabolic Immunity.

Would you consider writing in any other genres?

Yes. I’ve a historical fiction book in mind, in the Napoleonic era, and also an adventure thriller where a group of fortune hunters have to retrieve a very rare (and possibly drinkable) bottle of wine from the Titanic. But who knows when I’ll find the time to write them!

What book are you currently reading?

I’m also partway through As Ants to the Gods by Alex Burcher and getting ready to read Howul by David Shannon, and City of Brass by S.A Chakraborty.

Well, as YOU brought it up, it is only correct that I do some shameless self-promo and provide illustration, right? 😉

I hope you enjoy it!

Finally, would you like to give a shout out for three books which you feel more people should read, and tell us why?

Word of Honour by Nelson DeMille. An interesting story about a US veteran of the Vietnam war who, along with his unit, are accused of war crimes during that war (the novel was written and is set in the 80s). A very good read and the court scenes are brilliantly written IMHO.

Nothing else springs to mind as books that aren’t already well-read.