Bukittinggi, with its historical sites, Minangkabau culture, canyons, caves and cool mountain air, is not only a great destination in itself but is also surrounded by many other attractions, so I decided to rent a motorcycle out for a couple of days. For this journey I was joined by two new friends, Martijn and Dominique, whom I met at Hello Guest House.

The three of us set off early in the morning, driving south of Bukittinggi and then turning westwards towards Lake Maninjau. For the first hour it was terrain of winding mountain roads and then, after scaling up a mountain, we crossed over to the other side and caught our first glimpse of the lake.

The three of us stopped at a cafe for a cup of tea so that we could enjoy the view for a while and prepare ourselves for the infamous “Kelok 44” (44 Turns). 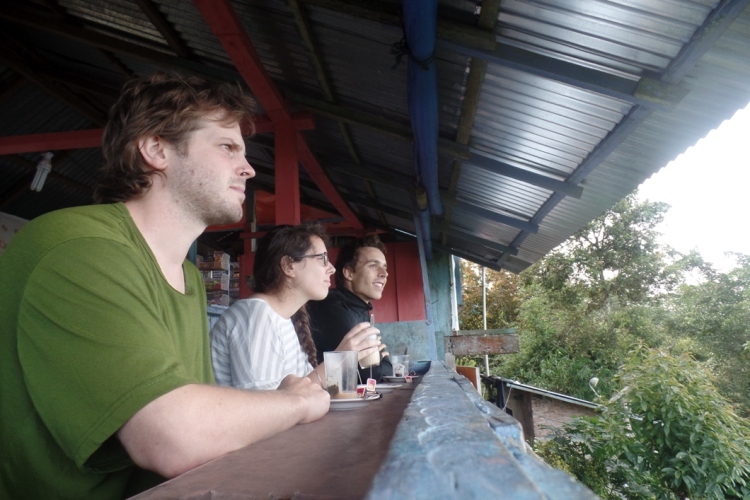 It was certainly a hair-raising ride. Martijn and I spent most of it with our hands firmly planted on our brakes as we zigzagged our way down the twists and turns, halting every now and then to take photos. 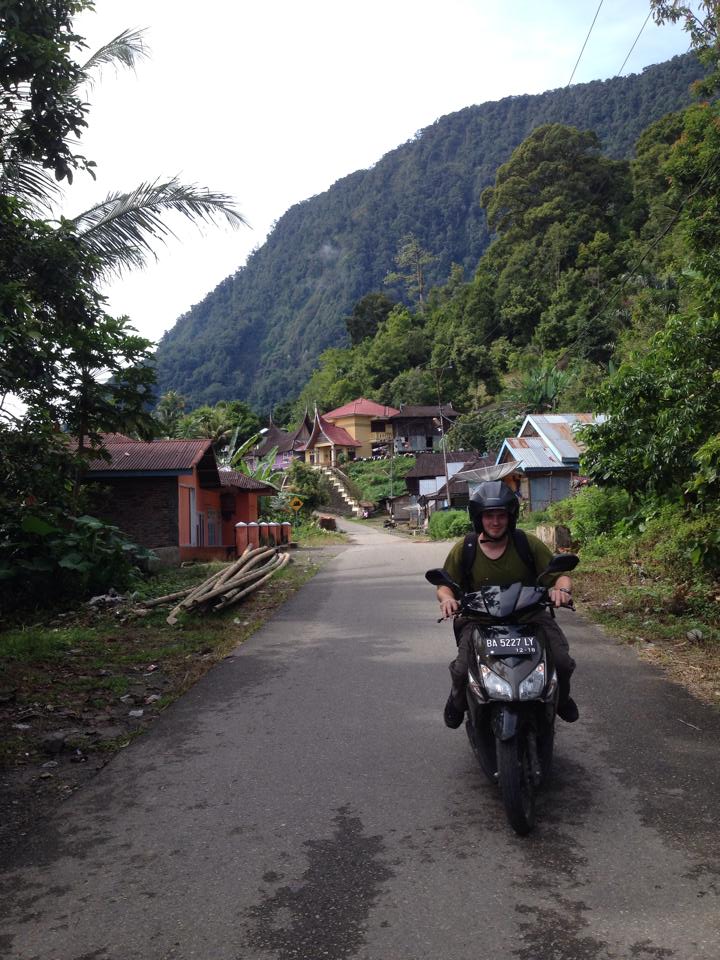 Once we reached the bottom we began to make a circuit around it, passing by many villages and fish farms. It took around five hours, in all, to complete the circle, but that was including a stop for lunch and a stroll around a small peninsular on the far side where we came across an amazing panoramic view. 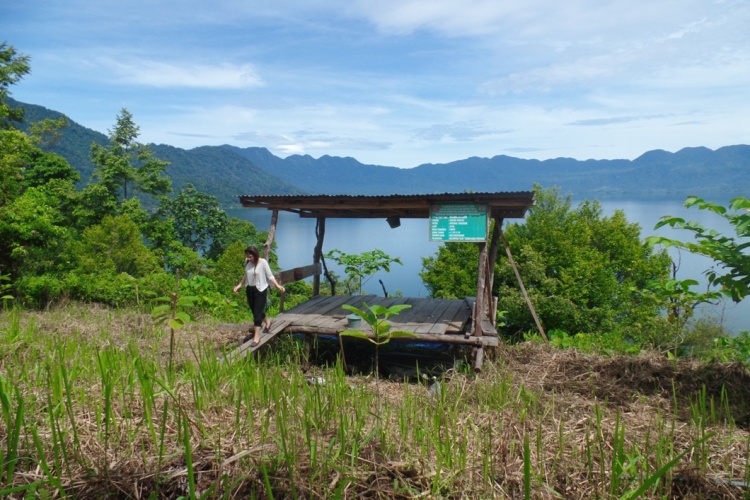 By the time we got back to Bukittinggi it was mid-afternoon. Martijn and Dominique had not been to see the rafflesia arnoldii yet so they set off for the Batang Palupuh Nature Reserve while I went alone to see the Japanese Caves – a network of bunkers built by prisoners of war during World War II. 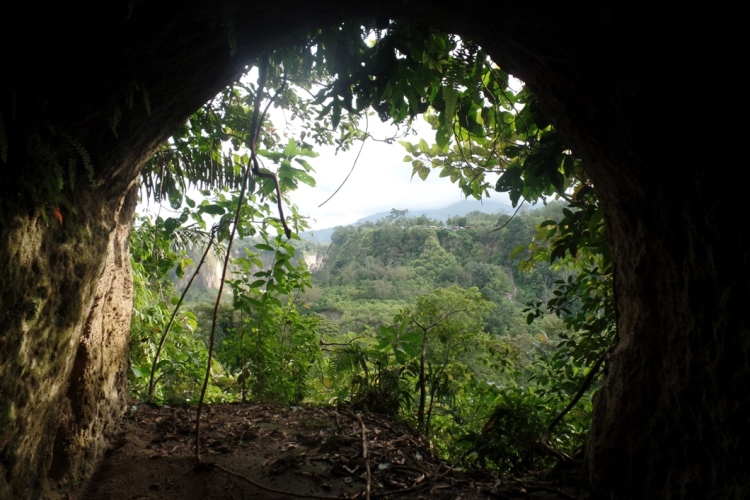 Just before sunset, the three of us met again at the Panorama Park to watch the bats flying out from the Sianyok Canyon and begin a night of feasting on fruits in the forest. It was quite cloudy that evening so we could not see them very well, but it was still a great place to finish off the day and watch the sun go down with a can of beer. 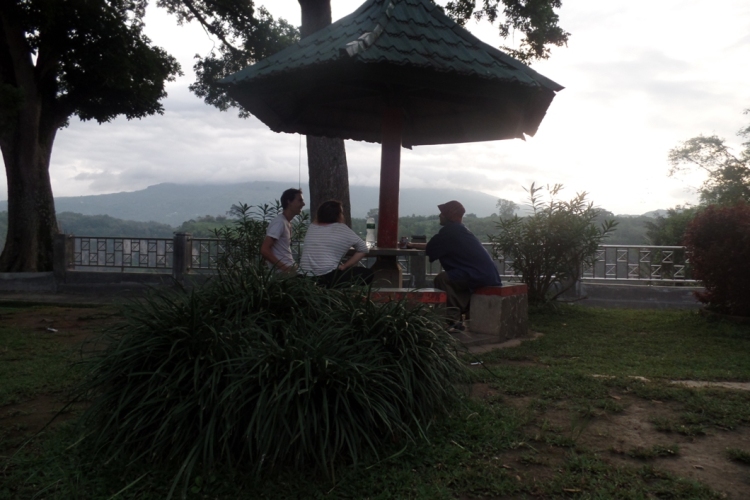 The second day we set off early again, this time heading east, towards Batu Sangkar. We passed some fantastic views along the way.

We reached Rumah Gadang Istana Pagaruyung (The King’s Palace) at around lunchtime.

We were welcomed warmly at the door, and even offered a free tour by our English speaking guide, Fitri. You could tell from her enthusiastic manner that she genuinely enjoyed her job, which made the experience that much more enjoyable for us as well. 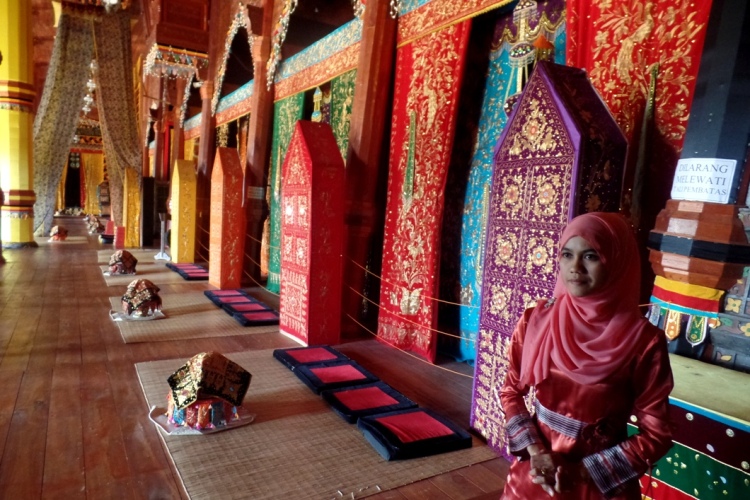 She escorted us around the palace and told us much about Minangkabau culture. I found it particularly interesting that they are actually a matrilineal society: it is through the female line that wealth and property are passed down, and the eldest woman of a household holds a special status as the matriarch. Even in the King’s Palace, the monarch’s mother possesses quarters equally as grand as his own, and the entirety of the second floor is reserved for the princess.

Just before we left, Fitri and her colleague gave us directions on how to reach Belimbing; a nearby village which had some fine examples of authentic Minangkabau architecture. It made a great halfway stop on our way down to Singkarak Lake, where we finished off our day.

After sitting here for a while and enjoying the view of the surrounding mountains reflected in the water, we got back on our bikes and rode back to Bukittinggi, and thus, finished our motorcycle tour. Martijn was leaving the next day; he was heading south, towards Padang. Dominique and myself, however, were both interested in visiting Harau Valley so we began making plans.

Photos from Bukittinggi and all the wonderful places we saw around it can be found on my Flickr account.