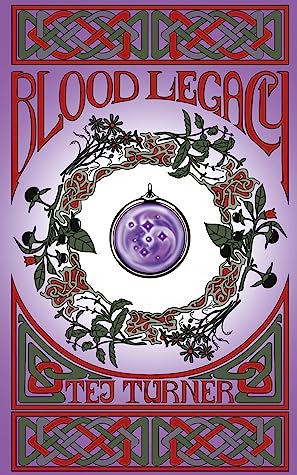 I buddy-read this with the marvellous Ariana of The Book Nook and was very glad of her company as we returned to Sharma to catch up with Jaedin and company in their fight against the monsters-hiding-in-human-skins that are the Zakaras. You can find Ariana’s review here. In both her post and in mine, please be warned of SPOILERS for the first book in this series, Bloodsworn.

Blood Legacy starts with a prologue that covers the events surrounding Bryna and Jaedin’s conception, something I was certainly itching to know more about, although I’m unsure as to its significance with regards to…

New review for Bloodsworn from The Quaint Book Nook!

It has been twelve years since The War of Ashes, but animosity still lingers between the nations of Sharma and Gavendara, and only a few souls have dared to cross the border between them. The villagers of Jalard live a bucolic existence, nestled within the hills of western Sharma, and far away from the boundary which was once a warzone. To them, tales of bloodshed seem no more than distant fables. They have little contact with the outside world, apart from once a year when they are visited by representatives from the Academy who choose two of them to be taken away to their institute in the capital. To be Chosen is considered a great honour… of which most of Jalard’s children dream.

But this year the Academy representatives make an announcement which is so shocking it causes friction between the villagers, and some of them begin to suspect that…

I finally get to announce my new book!

Blood Legacy – the second instalment of my Avatars of Ruin series – will be released on digital formats on 11th February, and paperback on 14th of March.

This amazing cover was designed by Alison Buck from Elsewhen Press, and I am really pleased with it.

This series has a handful of characters who all have equal claim to being the central protagonist, so Elsewhen Press and I decided it was only fitting to feature one of them as the inspiration for each cover. For the first instalment – Bloodsworn – we based the cover on Kyra, but this one is themed around Bryna; Jaedin’s witchy and mysterious twin sister.

This cover matches the first book. It is obvious they are in the same series, yet it is also distinctive.

In the story, Bryna is often gathering herbs – which she uses for healing and other things – and she also has unusual purple eyes. As for the stone in the middle of the cover… well, to say what that is would give spoilers, but I am pretty sure that those who have read Bloodsworn will know.

The ragtag group from Jalard have finally reached Shemet, Sharma’s capital city. Scarred and bereft, they bring with them the grim tale of what happened to their village, and a warning about the ancient powers that have been awakened and now threaten all humanity.

Despite this, some of them still hope that reaching sanctuary within the Synod will mean an end to their hardships, but these hopes are soon dashed. Sharma’s ruling class are caught within their own inner turmoil. When Jaedin senses that there are moles within their ranks, not only does his call to crisis fall mostly on deaf ears, but some who do hear seek to thwart him when he tries to hunt these infiltrators down.

Meanwhile, across the Valantian Mountains, Gavendara is beginning to muster its forces. Using ritualistic means to augment their soldiers, their mutant army is like nothing the world has ever seen before.

The Zakaras are coming. And Sharma’s only hope of stopping them is if it can unite its people in time.